The Best Multimedia Resources For Introducing Students To The Advantages Of Charts, Graphs & Infographics 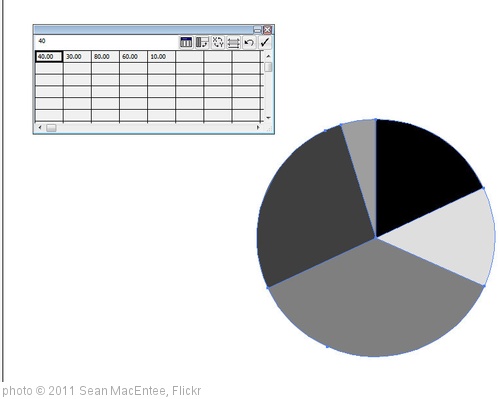 is a short and simple list of multimedia resources that would be useful for introducing students to the value of charts, graphs and infographics and what they mean.

I’m hoping readers will suggest other resources. There are many examples of “funny charts” online, but they’re usually in collections that have ones that are not appropriate for classroom use. Let me know if you have examples of specific ones I can post or link to here.

Novelty is a great way to introduce lessons, and these resources certainly fit the bill!

Here are my choices for The Best Multimedia Resources For Introducing Students To The Advantages Of Charts & Graphs:

“Venn Diagrams (Under The Spotlight)” is a piece of art by Argentinian artist Amelia Pica. It’s been making the rounds in the blogosphere (including at Brain Pickings), and you can see it below. is how Ms. Pica describes it:

Boy oh boy, will sure make a great discussion topic in class — in English and in IB Theory of Knowledge! I’ll add a link to list over at A Collection Of “The Best…” Lists On Infographics.

The Washington Post has published 40 charts that explain the world.

John Venn’s 180th birthday was in 2014. He, of course, introduced the Venn Diagram to the world.

Here are some fun Venn Diagrams:

This is the first Venn diagram ever published is from Vox.

You may have heard about the hullabaloo caused by the Hillary Clinton campaign when they sent out a tweet showing that at least one campaign staffer doesn’t have a clue about how to correctly used a Venn Diagram:

Let’s get this done.

This Venn Diagram poem is brilliant, and was shared by Tom Bennett on Twitter:

Here’s a new poem called “At the Intersection”, which I have written in the form of a venn diagram. pic.twitter.com/3fivkycE4b

THE BEST FUN AND/OR INTERESTING RESOURCES ON VENN DIAGRAMS

Looking for Graphs to Use in the Classroom? Here Are 34 is from The New York Times Learning Network.

Over 60 New York Times Graphs for Students to Analyze is from The NY Times Learning Network.

Again, I hope to hear suggestions from readers….

You might also want to explore the over 900 other “The Best…” lists I’ve compiled.

The Best Articles, Videos & Posts On Education Policy In 2016 – So Far