The Best Articles Pointing Out That Our Schools Are Not Failing 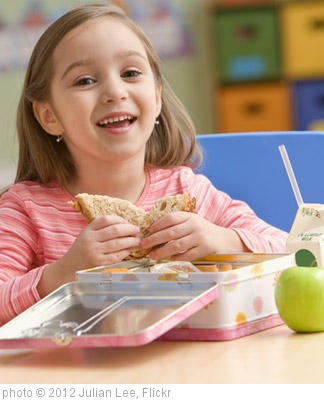 There is a often a hue and cry, sometimes generated by those who hope to make a profit, about our so-called “failing schools.” Many of the challenges facing young people have little to do with what’s going on inside the school’s walls, though obviously there is much that schools can do better.

However, our education system is really not doing that bad….

Here are some articles pointing out some facts. I hope others can suggest more:

The Kids Are All Right is from Mother Jones.

Flunking the Test comes from The American Journalism Review.

Garnet and Jenny made these good suggestions:

U.S. Schools Are Still Ahead—Way Ahead is from Bloomberg.

Quit fretting. U.S. is fine in science education is from USA .

Education Guru John Mockler: Our Schools are Succeeding is from The California Teachers Association.

Why Gloomy Pundits and Politicians Are Wrong About America’s Education System is from The Atlantic.

Why U.S. schools are better than we think is from The Washington Post.

American 17-Year-Olds Are Doing Better Than Ever is from This Week In Education.

Kevin Drum Smackdown Watch: I Forgot About Disaggregation! is from Mother Jones.

Do American public schools really stink? Maybe not is from Politico.

Actually, public education is getting better, not worse is from The Washington Post.

The True Story of Public Education in America is by Randi Weingarten.

US public schools are better than they’ve ever been is from Vox.

A Surge in U.S. High School Graduation Rates is from The Atlantic.

High School Graduation Rates Are at an All-Time High, Especially for Latino Students is from The National Journal.

Statistic Of The Day: “Nation’s high school graduation rate ticks up for second year in a row”

Statistic Of The Day: Schools Getting Safer

An Education Thanksgiving is from Brookings.

More Students Are Graduating Because High School Is Getting Less Boring is from Vice.

U.S. Public Schools Are Not Failing. They’re Among The Best In The World is from The Huffington Post.

Statistic Of The Day: Students Feel Safer At School

American Kids Keep Getting Better and Better at Reading is from Mother Jones.

How are America’s public schools really doing? appeared in The Washington Post.

Parents Are Biased Against Even Quality ‘Urban’ Schools is from The Atlantic.

Were public schools better way back when? Giving today’s schools an honest grade. is from The Washington Post.

POLL SAYS U.S. PARENTS ARE SATISFIED WITH THEIR CHILD’S SCHOOLING

STATISTIC OF THE DAY: PARENTS WITH KIDS IN SCHOOL SAY SCHOOLS ARE DOING FINE; OTHERS APPEAR TO DISAGREE

I’m adding these next tweets to this “Best” list (the first tweet shares the major article on the topic; the subsequent ones provide more evidence that lower high school scores are because students who would have dropped out in the past are staying in school):

New: A basic fact about American education — widely believed and repeated — is that the test scores of high school students haven’t changed over many decades. But what if that’s not true, or at least highly misleading? https://t.co/2qcn3pIY1a

Many have asked what scores look like for 4th and 8th grade over time (since those are not subject to this bias). Here you go… https://t.co/shbcK70zne pic.twitter.com/LjQpeEstRO

Trying to make causal claims from a time trend of one entity is silly. However, the most severe flattening for 12th-grade has occurred more recently…. consistent with the hypothesis that changing grad rates matter. pic.twitter.com/kzvt1HLbgF

Most parents think their kids’ school is doing a good job, their teachers are doing the best they can, and they feel well-informed about the curriculum, including potentially controversial topics. https://t.co/IjSltrk2t1

The politicized closings narrative also feeds into the false narrative that parents are generally unhappy with schools following the pandemic. That’s not true: 80% of PARENTS are completely or somewhat satisfied with their children’s schools. https://t.co/lo6K1aW6HI

Statistic Of The Day: Parents Like The Schools Attended By Their Children

The Best Social Studies Websites Of 2021 – Part One

The Goals Of Education