The Best Posts & Articles On The Impact Of School Closures — Suggest More! 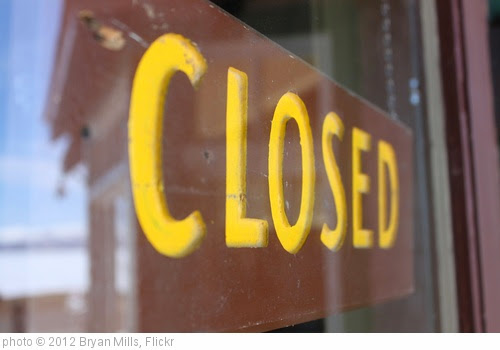 The Chicago Public Schools have just announced they are closing fifty-four schools. Here are some useful resources on what’s happening there, along with info on the issue of school closures in general. I hope readers will recommend more:

Chicago Says It Will Close 54 Public Schools is from The New York Times.

Education researchers from CReATe find school closures do more harm than good is from an organization of Chicago researchers.

Instead of closing schools, how about this? is from The Washington Post.

Race, Poverty Central To National School-Closure Debate is from NPR.

School Closings: The New Apartheid is from Jersey Jazzman.

Jack Hassard: School Closings in Our Cities: A Deep Ecological Problem is from Education Week.

School Closings: What’s the Lesson Here? is by Jack Hassard.

Proceed With Caution When Closing Schools is from Education Week.

Quote Of The Day: Closing Schools In Chicago

Clear-Cutting Our Schools is from Rethinking Schools.

Report Calls for Moratorium on Chicago School Closures is the headline of an Ed Week article.

A new report from the University of Illinois, Chicago, calls for a moratorium on school closures, turnarounds, and the expansion of charter schools in the city, citing the disruptive nature and harm those actions cause families and the lack of evidence that they have improved education.

The report, “Root Shock: Parents’ Perspective on School Closings In Chicago,” looked at parents’ view on the massive school closures of a year ago, when the Chicago Board of Education voted to close nearly 50 schools, turn around another five and co-locate 17 elementary schools in other school buildings—the largest single action on school closures in the country at the time.

Researchers Pauline Lipman and Kelly Vaughan found that parents felt the closures negatively impacted their children and the new schools to which they were sent were not an improvement; they felt excluded from the decisions to close the schools; and the closures left a deep distrust between parents and the Chicago Public Schools.

Art Show Captures the Wrenching Effects of Closing a School is from The New York Times.

What We Lose When A Neighborhood School Goes Away is from NPR.

In a disadvantaged district, a parable of contemporary American schooling is from The Washington Post.

Reimagining Abandoned Schools is from The Atlantic.

School Closures: A Blunt Instrument is by Rachel Cohen at The American Prospect.

Should We Close Schools on the Basis of Performance? is from Ed Week.

School Closures: What Do They Mean for Students and Communities? is from Education Week.

When a Community Loses Its Schools is from Education Week.

Schools with more students of color are more likely to be shut down — and three other things to know about a big new study is by Matt Barnum.

The Theory And Practice Of School Closures is from The Shanker Blog.

Chicago School Closures Led to Achievement Declines, Uncertainty Among Students and Staff is from Ed Week.

A Generation Of School Closings is an interactive from WBEZ in Chicago.

What led Chicago to shutter dozens of majority-black schools? Racism is from The Guardian.

17 studies that tell us something about how school closures affect students is from Chalkbeat.

Statistic Of The Day: Tennessee Districts Could Be Fined $5 Million If One Of Their Teachers Does A Lesson On Systemic Racism