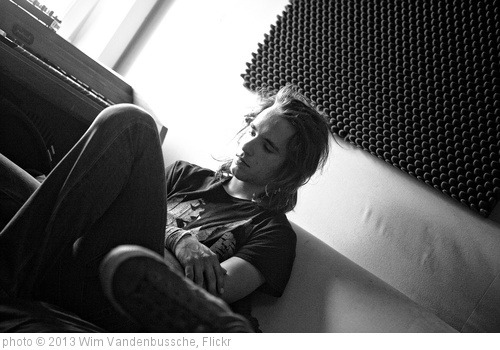 The Los Angeles Unified School District’s recent vote to ban student suspensions for “willful defiance” — without having a plan in place for alternatives (the Superintendent has four months to develop such a plan) — is a complicated issue. Clearly, out-of-school suspensions are not the ideal way to handle problems. Our school, for instance, has reduced these punishments dramatically by instead using “in-school suspensions” where teachers provide class work for them to do elsewhere on campus. And the relational culture, including conflict resolution, developed by our administrators, hall monitors and teachers are also extremely effective in dealing with discipline issues.

Nevertheless, there still are cases where out-of-school suspensions are used.

I also recognize that they can be and have been used inappropriately in some schools, and that not all schools have a similar relational culture.

I just seems perplexing to me that this ban was approved prior to having an alternative strategy in place, and I wonder how much educator input was solicited prior to the decision.

First, I’ll share links to articles about the ban, and then a commentary by Martha Infante, a very respected teacher in the Los Angeles district (and she’s respected throughout the state, too!). I hope readers will share their own thoughts:

LAUSD will no longer suspend students for ‘willful defiance’ is from Ed Source.

L.A. Schools: We Won’t Suspend Kids For Mouthing Off Anymore is from Take Part.

L.A. Unified bans suspension for ‘willful defiance‘ is from The Los Angeles Times.

LA Schools Throw Out Suspensions For ‘Willful Defiance’ is from NPR.

The Dark Side of Low Out-of-School Suspension Rates? is from Education Week.

John Thompson: Let’s Look Before Leaping to Ban Suspensions is from Education Week.

Denver Teachers Push Back on Suspension Cuts is from Education Week.

Martha Infante teaches at L.A. Academy Middle School. Ms. Infante was the 2009 Teacher of the Year for the California Council for Social Studies (Middle Level).

It is the dream again. The one where you’re standing at the front of a classroom and a roomful of defiant students is disobeying your every instruction, laughing at your every command for order. It’s a nightmare actually, and many teachers have it on a recurring basis. I’m sure Freud or any other psychoanalyst would have something to say about the root causes, but I think it boils down to fear. Teachers have an enormous responsibility for the welfare and education of each and every one of their charges. But when it comes down to it, the vast majority of time, teachers are alone in the classroom, outnumbered 35 to 1.

In real life, most would not guess that I suffer from this nightmare as I am one of the stronger presences on my gritty, urban middle school campus. I am a veteran of the curse-outs, pushes, shoves, death threats and punches. Flying doors that smack you in the face? Not me, I keep a three foot distance from the range of doors. Water bottles thrown down the stairs and hitting you smack on the head? Not gonna happen, I always look up before climbing to the second or third stories. And as for suspending students for not bringing pencils or talking back? Well, lets just say the consequences I impose on my students are less desired than suspensions.

Yet I support respecting the discretion of teachers to issue a suspension for willful defiance.

The truth is that over my 20 years as an educator in an urban district I have seen student behavior get worse, not better. Teachers are being asked to take on the roles of counselors, therapists, disciplinarians, and now food servers, as we implement Breakfast n the Classroom next year. Which is fine. I’m up for the challenge.

But don’t take away my tools for behavior modification.

Counselors disappeared years ago. Psychiatric social workers are a luxury most schools can’t afford. Administrators are carrying the largest loads ever, and support staff is severely limited. Budget cuts have left schools with skeleton staffs and the students know it. No one is there to help me. It is my nightmare come to life.

I have many tools at my disposal as a seasoned educator. Even the most defiant of students tones it down when it comes to my classroom. But every now and then you have to show students you can and will remove them from the classroom and even the school if they are unwilling to maintain the integrity of the classroom. I’m not talking about defiance toward me exclusively. It could be a student that won’t stop calling your daughter a female dog, or your son a homosexual. One boy could not stop making sexual remarks in spite of getting a primo counseling spot with our school’s only therapist and the parents were not able to stop him either. So when he got into an argument with a girl and said she needed to be raped, he had to go!

The counseling didn’t work. The parents were ineffective. It’s me, the defiant student, and 34 other children. And now I’m supposed to keep him in the classroom? I do not agree.

Most suspensions I’ve been involved with have to do with other teacher’s students. I have no connection with them, cannot teach them the value system we create in the classroom. These are the students that say F you when you ask them to go to class, or blatantly tell you they are ditching when you ask them where they are supposed to be. Just yesterday I called for assistance on my radio in one such case, and the student laughed all the way to his next ditch spot. What can we do to help students understand how to respect authority? I do not have the answer to that. I think it lays with parenting. I think it has to do with the lack of follow through by burned out teachers who have had to deal with years, decades of troubled students with little support, and certainly no respect. Those kids know they can wear a teacher out and only the crazy ones will hunt you down to give you your consequence.

I believe that removing the right to suspend students for wililful defiance neglects the reality that the role of teachers has changed. I’d give anything to not have to discipline students, but no one else is taking care of that for me. And the truth is that the smartest of the defiant students (and many of them are very smart) will figure it out and take it as an approval of their sometimes horrid behavior. And as this policy is set to start next school year,I hope with my deepest of hopes to be wrong.

More Advantages To Being Bilingual