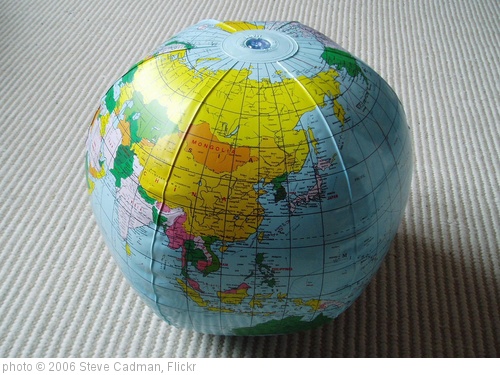 “Map Puzzle” Is A Simple, But Useful, Geography Game

I LIKE THIS NEW GEOGRAPHY GAME CALLED “WORLDE” (NOT “WORDLE”)

Globle is another Geography-like Wordle game.

Explordle, despite its name, is not a Wordle-ripoff. It’s a Geography game that shows you a short video and then provides you with a few choices. Based on what you saw, you have to pick the correct place where the video was made.

The unimaginatively named Geography Game follows the typical mode of similar games – pick a world region, the site then gives you the name of a country or state, and you have to click on it. If you get it wrong, it will tell you the correct name, and you’re timed. Though there’s not much original about it, nevertheless it’s a useful game for students.

Geotastic is similar to other games on this list that show you images of a location and have to identify the country.  You can create your own game, also, but friends have to be on the same device to play against you.

Geo Artwork is a game from Google where you have figure out where a shown piece of art is located.

The Best Sites To Introduce Environmental Issues Into The Classroom