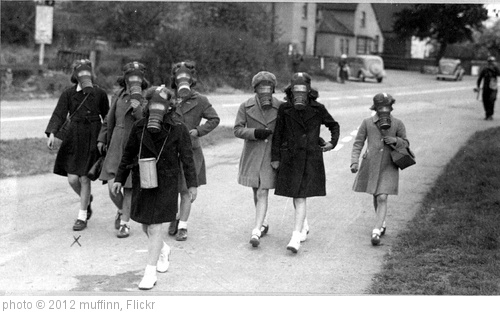 See resources on the more recent April, 2017 attack at the bottom of this post, as well as resources on chemical weapons, in general.

The United States has just officially determined that the Syrian government has used chemical weapons against those rebelling against it.

Here are a few useful resources on chemical weapons:

Bio and Chemical Threat is a CBS News interactive.

The Boston Globe has a disturbing photo gallery of what appears to be a recent chemical attack on civilians by the Syrian government.

A Weapon Seen as Too Horrible, Even in War is from The New York Times.

Chemical weapons and the scientists who make them is from The Conversation.

Evidence From Victims Points to Nerve Gas in Syria Attack is from The New York Times.

Here’s a brief look at Syria’s involvement in the use of chemical weapons over the last five years. pic.twitter.com/mM4jR5CSZu

Not sure how to help the victims of Syria’s chemical attacks? These are the groups that need our support. https://t.co/Z1NPfhUWEz

What is sarin? How does it work? How toxic is it? The chemical used in Syria explained. https://t.co/ACKsOPbrX1