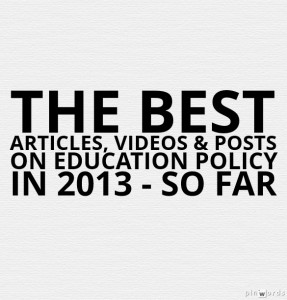 Here are my choices for The Best Articles & Posts On Education Policy In 2013 — So Far (not listed in order of preference):

How Michelle Rhee Misled Education Reform is an extraordinary article in this week’s New Republic magazine. It’s written by Nicholas Lemann, dean of the Columbia Graduate School of Journalism and author of several exceptional books. 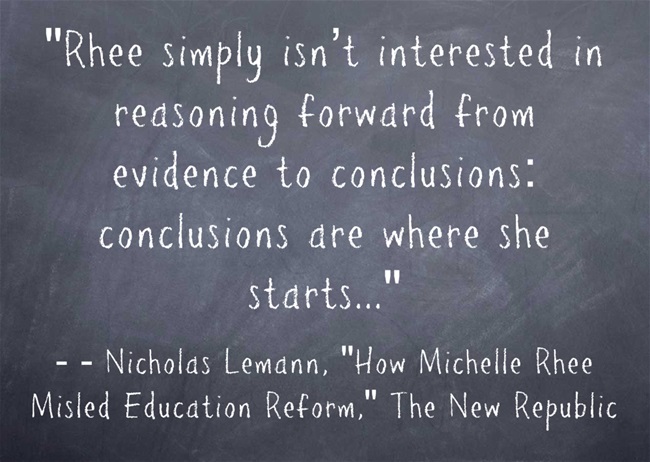 What teachers need and reformers ignore: time to collaborate is an important column by Linda Darling-Hammond that appeared in The Washington Post this week.

I’m adding it to The Best Posts & Articles About The Importance Of Teacher (& Student) Working Conditions. 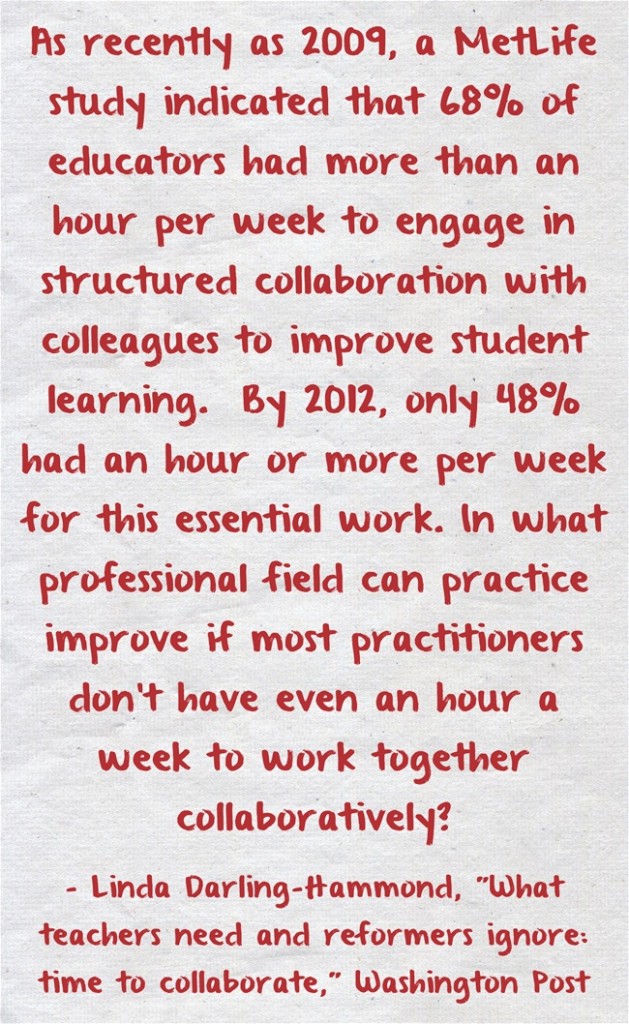 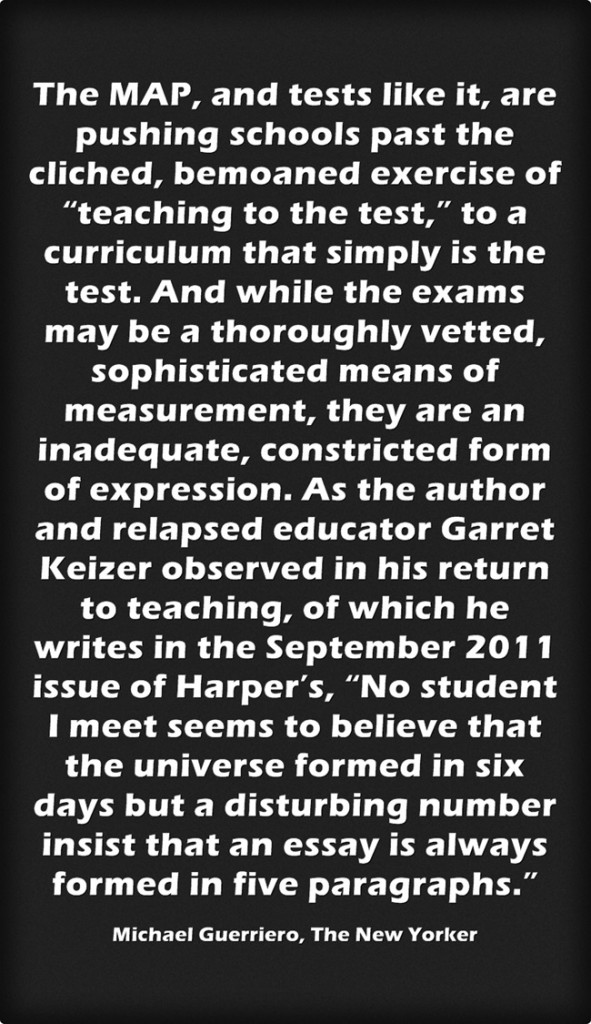 There was a very important column in  New York Times titled The Secret To Fixing Bad Schools. It was written by David L. Kirp from the University of California.

He focused on the positive performance of schools in Union City, New Jersey. Here’s an excerpt:

What makes Union City remarkable is, paradoxically, the absence of pizazz. It hasn’t followed the herd by closing “underperforming” schools or giving the boot to hordes of teachers. No Teach for America recruits toil in its classrooms, and there are no charter schools.

A quarter-century ago, fear of a state takeover catalyzed a transformation. The district’s best educators were asked to design a curriculum based on evidence, not hunch. Learning by doing replaced learning by rote. Kids who came to school speaking only Spanish became truly bilingual, taught how to read and write in their native tongue before tackling English. Parents were enlisted in the cause. Teachers were urged to work together, the superstars mentoring the stragglers and coaches recruited to add expertise. Principals were expected to become educational leaders, not just disciplinarians and paper-shufflers.

Philanthropy: You’re doing it wrong is by Felix Salmon.

It’s a must-read. Here’s how it ends:

Philanthropy has always been self-serving in large part, and that’s never going to end. But there’s no good reason why you should be part of the problem.

New Research Shows Why Social Emotional Learning (SEL) and Character Education Are Not Enough is a post I wrote. I don’t think the post itself belongs on this list, but it highlights and connects two pieces that do — one by Mike Rose, and another on a new research study.

David B. Cohen wrote an excellent post about the Common Core debate that arose out of my Education Week Teacher column  on implementing the Common Core in Language Arts.

More Evidence Showing The Dangers Of Using High-Stakes Testing For Teacher Evaluation is another post I wrote. Again, the post itself doesn’t deserve to be on the list, but the research it highlights does…

Statistic Of The Day: Students Of Color Now Comprise Majority of K-8 Population