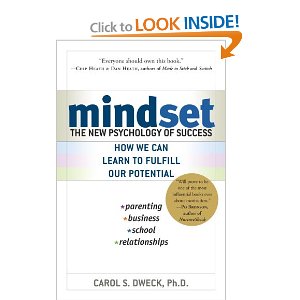 Readers of this blog are no strangers to the work of Carol Dweck, and you can find a collection of resources related to her work at The Best Resources On Helping Our Students Develop A “Growth Mindset.”

Professor Dweck and her colleagues have just published a new study that builds on her previous work and specifically relates it to reducing aggressive behavior by teenagers. Happily, the paper is not behind a paywall. It’s title is a long one — An Implicit Theories of Personality Intervention Reduces Adolescent Aggression in Response to Victimization and Exclusion.

You can also read a short summary of it by Art Markman.

Here is my brief summary (which I am very open to being critiqued and corrected) and my key “take-aways”:

Professor Dweck is known for, among other findings, developing the concepts of incremental mindset — that people’s traits can change over time — and an entity mindset — where traits are fixed. Many educators, including me, have used her research in the classroom in changing the kind of feedback we give students and in helping them see the physical changes caused in the brain by learning new things (my previously mentioned “The Best…” list give far more details).

In this new study (which focused on dealing with the effects of bullying), Professor Dweck and her colleagues taught six brief sessions to students elaborating on the incremental mindset, and found that they were less likely to react aggressively to bullying and, in general, behaved more appropriately in the classroom. They appeared to believe that neither the supposed reason behind their being targeted and the beliefs of the bullies themselves would be permanent, and tended to be less depressed. Here are some key excerpts:

…our results suggest that an incremental theory may predispose students to behave resiliently when situations of exclusion or victimization arise….

Our findings can inform theories of how social cognitive development can influence adolescent aggression. Past research has suggested that adolescents show an increased belief in the fixed nature of transgressors’ traits and behaviors (e.g., Killen et al., 2010). Relatedly, the early years of high school are a time of heighted social comparison, where one’s social label (especially if it is seen as a fixed label) can be a source of pride or shame, and therefore a powerful influence on how one copes with peer conflict (e.g., Brown, Mory, & Kinney, 1994; Crosnoe, 2011; Eccles & Barber, 1999). Overall, adolescence was predicted to be a special period during which beliefs about the potential for people to change their personal characteristics could play a particularly important role in aggressive retaliation….

Peer victimization or exclusion, as we have noted, can also lead to depression and other internalizing symptoms, and previous correlational research has suggested that this is especially likely when children hold more of an entity theory (Rudolph, 2010). Our experimental study showed that an incremental theory intervention could buffer adolescents from the effects of peer victimization. When adolescents who reported higher levels of victimization were taught to see themselves and others as capable of change, they reported fewer depressive symptoms compared with adolescents who received no treatment.

That’s what the study says about victims. I found what it says about the bullies themselves even more interesting:

One extension of this research is to test whether implicit theories might also be a cause of bullying itself. It may be the case that some students bully others to validate themselves and their status, a motivation that may well be fostered by an entity view of the self. Indeed, adolescents who believe that there are fixed “winners” and “losers” may well wish to place themselves among the “winners” and use bullying as a tool for doing so. Thus, it may be interesting in future investigations to determine whether the present study’s incremental theory intervention would reduce bullying.

One nice “bonus” is that the paper provides a fairly detailed description of the curriculum used to teach the incremental mindset.

For my work in the classroom, the bottom line of the study is that it reinforces the importance of teaching the lessons found on The Best Resources On Helping Our Students Develop A “Growth Mindset” list, and exploring how I can expand them a bit by reflecting on the ideas in this paper.

I’m eager to hear the reactions of others….

“How Do You Respond To “Unpredictable” Student Behavior?”

Another Excerpt From My New Book: “Why Viewing Classroom Management as a Mystery Can Be Helpful”

“Life After College: A Guide For Undocumented Students”