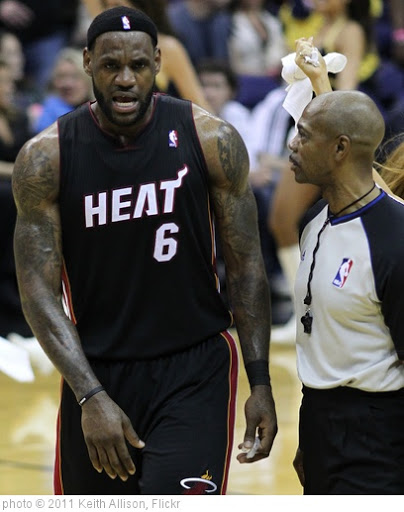 I’ve written a lot about the importance of being “data-informed” and not “data-driven” in schools (see The Best Resources Showing Why We Need To Be “Data-Informed” & Not “Data-Driven”) and, among other examples, have used stories from baseball and basketball to support that position.

Bruce Jenkins from The San Francisco Chronicle is one of my favorite sportswriters. Today, he illustrated that same point by looking at the just-completed NBA finals. He is critical of one of the most fashionable stats today in basketball — the plus/minus statistic, which can be defined this way:

The +/- stat is tied to team performance during the time that that particular player is on the court. The games official scorer records the differential in terms of gain (plus) or loss (minus).

Here’s what Jenkins wrote about it:

Michael Wilbon took a wicked shot at the metrics/analytics crowd on ABC before Game 7 of the Finals, calling it “suicide” to make player judgments on statistics when your eyes tell the real story. I’m on Wilbon’s side, largely because I’m as old as the hills and used to analyzing basketball a certain way. A lot of very smart people feel otherwise.

Much of the debate centers around the plus/minus statistic assigned to players after each game, having to do with the team’s performance (i.e., the score) while that player was on the court. I’d never bothered to even consider these numbers until Game 7 of this year’s Finals, and here’s what I saw:

Manu Ginobili, whose brutally reckless play cost his team so badly: plus-6.

Kawhi Leonard, the Spurs’ most influential player with 19 points and 16 rebounds: minus-8.

Dwayne Wade, who resurrected his game and his team’s identity with 23 points: minus-2.

LeBron James: Plus-8, when it seemed more like plus-infinity, and a lesser number than teammates Mario Chalmers, Chris Andersen and Shane Battier.

Think I’ll keep my old-school eyes on the court.

I, like Jenkins, will continue to be skeptical of fashionable stats that purport to be the end-all, be-all of measurement, like plus/minus numbers and Value Added Measurements.