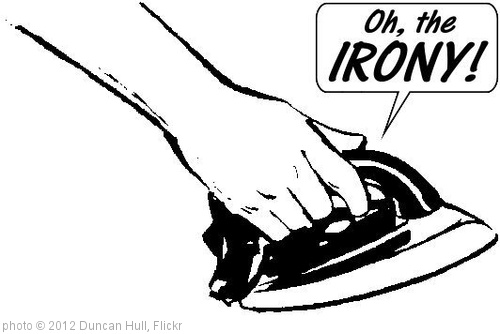 Today, The Wall Street Journal published an article pointing out that top New York City school administrators (who pushed for the public release of teacher evaluations and who fought bitterly with the teachers union to get an unfair evaluation system for them in place) are not given…wait for it…evaluations:

Top administrators at the city’s Department of Education haven’t been subject to formal evaluations during the Bloomberg administration, a break from past practice and an unusual occurrence among school districts across the U.S.

The disclosure follows the culmination of a yearslong battle by Mayor Michael Bloomberg to implement tougher teacher and principal evaluations in the district.

Schools Chancellor Dennis Walcott, who has been on the job since April 2011, said formal job reviews weren’t necessary because he informally evaluated his staff daily, and he was evaluated daily by the mayor. Teachers, he said, were in a different position.

“They’re in front of the classroom and teaching our children, and we need to have a sense of how well they’re doing,” he said. “With us, we’re not teaching children directly, we’re setting policy. And I don’t think it’s hypocritical at all.”

This joins a long list of other examples showing that many school reformers had difficulty understanding what “irony” means.

Those past instances include:

The Los Angeles Times refusing to release a letter from the Chamber of Commerce and other groups asking them not to publish teaching ratings. Their reason — they cited privacy concerns.

School reformers criticizing teachers in Baltimore for not offering test prep in a “conceptually rich, emotionally warm and interactive manner.”

President Obama criticizing local public schools for not adopting practices of the Sidwell Friends School, when his own education policies oppose discourage those practices.

Being solution-oriented in education requires adults to stop thinking in terms of ‘us’ vs ‘them’. Solutions are what is best for kids.

Do you know of other examples?

The Best Sites For Panoramas

“Adults blame parents for education problems” (Interesting Poll, But Can We Stop The Blame Game?)