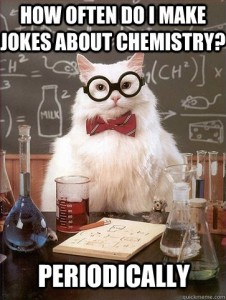 QuickMeme, and now, perhaps the easiest of them all, the Imgur Meme Generator, are sites that make creating an Internet meme very easy. They let you grab anything off the web, or remix other memes on the site. (TechCrunch has published Tools For Meme Makers).

MetaMeme is a phone app that lets you make Internet Memes.

You might be asking: What is an Internet Meme? And how could I use it in school?

What is an Internet Meme?

Instead of reinventing the wheel, here are a few explanations from around the Web…

From About.com  (this is just an excerpt, and there’s a lot more info at the site, including a list of the most popular 40 Internet Memes of the last fifteen years):

Answer: A “meme” is a virally-transmitted cultural symbol or social idea. A meme (rhymes with “team”) behaves like a flu or a cold virus, traveling from person to person quickly, but transmitting an idea instead of a lifeform. According to Cecil Adams of theStraightDope.com, the concept of memes “is either really deep, or really, really obvious”.

Historically, a meme is a discrete “package of culture” that would travel via word of mouth, usually as a mesmerizing story, a fable/parable, a joke, or an expression of speech. Today, memes travel much faster than simple speech. As internet email forwards, instant messages, and web page links, memes now travel instantly via the Internet.

Most modern internet memes are humor-centered (e.g. Rickrolling, Ask a Ninja, Lolcats, Domo-kun, More Cowbell, Numa Numa Dance). Humor usually reaches the most people, and is the most attractive to forward to others. But many internet memes are also about shock-value and drama (e.g. Angry German Kid, Dogs Go to Heaven). Other memes are urban myths that tout some kind of life lesson (e.g. The Littlest Fireman, Mel Gibson and Man Without a Face, Kurt Warner). A few internet memes are about deep content, and involve social commentary and intellectual absurdity (e.g. Flying Spaghetti Monster, Russell’s Orbiting Teapot). In a few cases, a meme can become a conversational expression as well as a viral curiosity (e.g. ‘You Mad Bro‘. In every case, a package of culture or personal experience spreads between people in a virus-like fashion.

How could I use it in school?

Now, this is a question I hope readers can help answer. One idea that’s come to mind is wondering if my IB Theory of Knowledge students could come up with some memes that would related to what we’re studying. That could be a fun and creative assignment that students could do, especially right before a vacation break!

As Memes Evolve, Apps Are Struggling to Keep Up is from the Atlantic, and shares lots of tools.

Mehmz is an app that let people collaborate on creating memes.

MAKE YOUR OWN DISTRACTED BOYFRIEND MEME

To Meme or Not to Meme? Using Memes to Teach Media Literacy Skills

Facebook’s latest experiment is a meme-creation app, Whale is from TechCrunch.

HERE IS MY EDUCATION-RELATED SUEZ BOAT MEME (AS WELL AS OTHERS) – PLUS HOW TO MAKE YOUR OWN!

“TYPES OF SCIENTIFIC PAPER” MEME TRANSFORMED INTO ONE ON ED RESEARCH – CREATE YOUR OWN!

Here’s My Anakin Padme Meme & How To Make Your Own

Meme Of The Week: “Freeway Off-Ramp” & How To Make Your Own

Meme Of The Week: Here’s My Inhaling Seagull Meme & How To Make Your Own

Meme Of The Week: The People Writing Education-Related Books

Meme Of The Week: Expanding Brain & How To Make Your Own

Couldn’t Resist Another Meme Of The Week: Giannis & School Copiers

Blocked Video Meme – & How You Can Make Your Own

Dated, But Still Good: My Weeknd Super Bowl Meme About Google Drive & How To Make Your Own

MY DEPRESSING MEME OF THE WEEK: “FALL PLANS”

MY “TWO BUTTONS” MEME & HOW TO MAKE YOUR OWN

My Jason Momoa & Henry Cavill Meme & How To Make Your Own

My Tired Spongebob Meme & How To Make Your Own

MY KEANU REEVES MEME & HOW TO MAKE YOUR OWN

MY “CHESS STALEMATE MEME” & HOW TO MAKE YOUR OWN

MY BERNIE SANDERS MEME & HOW TO MAKE YOUR OWN

My “How It Started Meme” & How To Make Your Own

My “Kermit King Kong” Meme & How To Make Your Own

MEME OF THE WEEK: HOW MANY DISTRICTS AROUND THE COUNTRY ARE HANDLING FAMILIES’ DESIRE FOR DISTANCE LEARNING THIS FALL

MEME OF THE WEEK: NO SUBSTITUTE TEACHERS THIS YEAR

“GROWS THE ECONOMY MEME” & HOW TO MAKE YOUR OWN

MEME OF THE WEEK: POLICE CARS CHASING TEACHERS & HOW TO MAKE YOUR OWN

MEME OF THE WEEK: “TEACHERS, YOUR NEXT TASK IS….”

Meme Of The Week: Teachers As “Two Guys On A Bus”

Viphy lets you write a funny or snarky text of your choosing, and will then automatically create a video to accompany it.

MemeDb seems like an easy way to make memes.

Antimatter lets you create virtual classrooms where students can create memes. You can read more about it at TechCrunch.

Grab a copy of this safe-for-school meme generator template made in Google Drawings!https://t.co/AvEvofqUoy via @meredithakers #gsuite #edtech #teachertwitter #k12 pic.twitter.com/wrMgyOMiIQ

The Best Theory Of Knowledge Resources In 2014 – Part Two