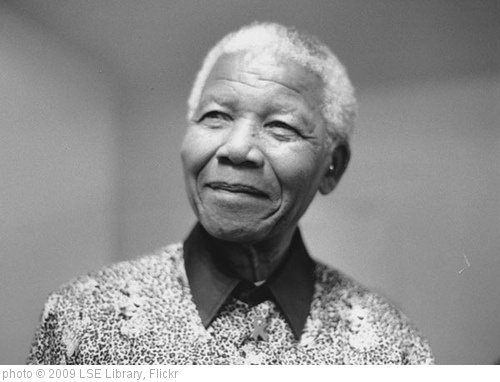 Here’s how the United Nations explains it:

For 67 years Nelson Mandela devoted his life to the service of humanity — as a human rights lawyer, a prisoner of conscience, an international peacemaker and the first democratically elected president of a free South Africa.

How the Day came about

In November 2009, the UN General Assembly declared 18 July “Nelson Mandela International Day” in recognition of the former South African President’s contribution to the culture of peace and freedom.

General Assembly resolution A/RES/64/13 recognizes Nelson Mandela’s values and his dedication to the service of humanity, in the fields of conflict resolution, race relations, the promotion and protection of human rights, reconciliation, gender equality and the rights of children and other vulnerable groups, as well as the upliftment of poor and underdeveloped communities. It acknowledges his contribution to the struggle for democracy internationally and the promotion of a culture of peace throughout the world.

Wow! “Split This Rock” Looks Like A Great Resource For Social Justice Poetry

Video: The History of South America – Every Year

June 14th Is Flag Day In The U.S. – Here Are Related Resources