The North Carolina Legislature’s awful actions — particularly, but not exclusively, related to education and voting rights — have been deservedly receiving a lot of attention.

Letter to the NC General Assembly: I Can No Longer Afford to Teach by educator Lindsay Kosmala Furst is an eloquent review of some of the ramifications of their decisions.

When I moved here and began teaching in 2007, $30,000 was a major drop from the $40,000 starting salaries being offered by districts all around me in metro Detroit, but it was fine for a young single woman sharing a house with roommates and paying off student loans. However, over six years later, $31,000 is wholly insufficient to support my family. So insufficient, in fact, that my children qualify for and use Medicaid as their medical insurance, and since there is simply no way to deduct $600 per month from my meager take-home pay in order to include my husband on my health plan, he has gone uninsured. We work opposite shifts to eliminate childcare costs.

Here’s a newspaper article that discusses further what’s happening in schools there. 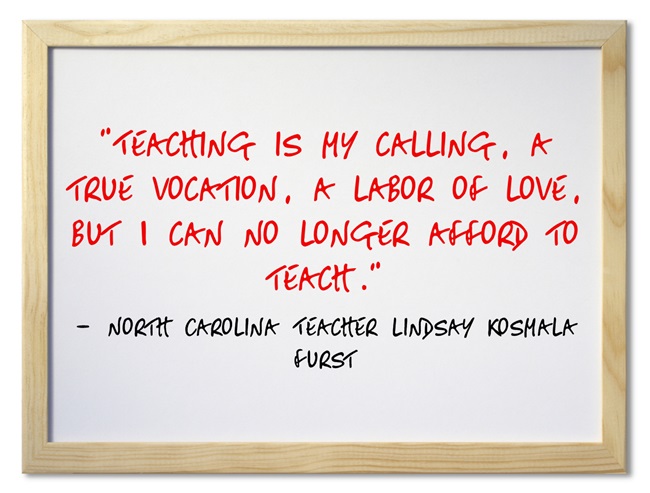 What Would Martin Luther King, Jr. Say About What’s Going On In Wisconsin?