The Best Resources For Learning About The Fire Near Yosemite Valley 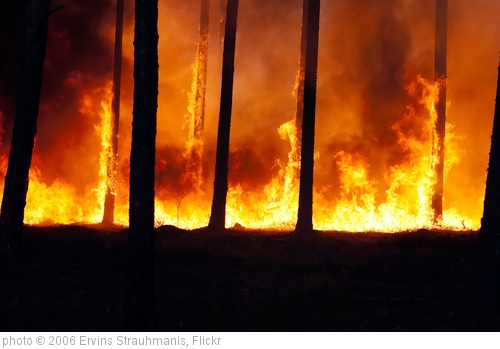 I’m sure most people have been hearing about the terrible fire here in California’s Central Valley near Yosemite.

Since school starts in a few days, and we start with a unit on Natural Disasters, it unfortunately provides a timely tragedy to study. I’ll be adding to this list in the future.

I’m adding this list to A Compilation Of “The Best…” Lists About Natural Disasters.

Here are my choices for The Best Resources For Learning About The Fire Near Yosemite Valley:

Yosemite Fire is a photo gallery from The Atlantic.

LOOK: The California Rim Fire As Seen From Space is from NPR.

Here’s one video, and you can a lot more here.

A Blazing Giant Stirs California to High Alert is from The New York Times.

Yosemite fire one of the largest in California history is from The LA Times.

The Associated Press has an interactive on the fire.

Here’s a timelapse of the fire:

Deep Dive on the Yosemite Wildfire with the Interactive ‘Rim Fire Perspectives’ Map is from TIME.

The 5 factors fueling the Rim Fire is from Salon.

Why a Century of Fire Prevention Means Trouble for Yosemite’s Giant Sequoias is from The PBS News Hour.

Could the Yosemite Rim Fire Be Ecologically Beneficial? is from The Atlantic.

California Rim Fire Was Started By Hunter’s ‘Illegal’ Fire is from NPR.

Here’s an interactive map showing how the Yosemite Fire spread.

“Decline and fall of the California job market”