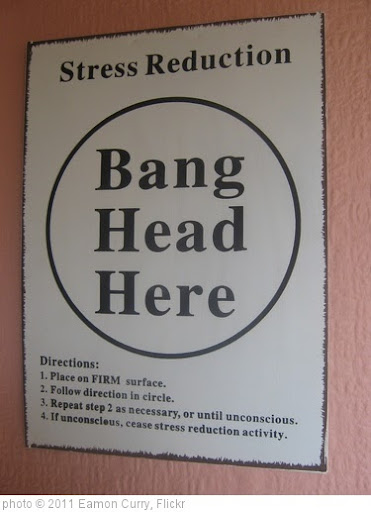 Earlier today, I posted about a new study showing that social emotional learning isn’t enough — that poverty causes a lack of self-control and perseverance and it’s not the other way around.

Since that time, several other articles have come out on the same research, and I thought I’d collect them here, along with other articles on similar topics:

I’ll start off with my piece, Social Emotional Learning Can Help, But More Research Shows It’s Not Enough.

How Financial Woes Change Your Brain (And Not for the Better) is from TIME.

Poverty saps mental capacity to deal with complex tasks, say scientists is from The Guardian.

Scarcity: Why Having Too Little Means So Much by Sendhil Mullainathan and Eldar Shafir – review is from The Guardian, and is particularly interesting. It’s not really about the study, but it’s by the same researchers who elaborate on what they’ve found through much of their research.

Escaping The Cycle Of Scarcity is from The New York Times. It shares some interesting ideas on how to respond to this problem, but seems breathtakingly oblivious to the need for political action to get the its roots causes.

The manipulation of Social Emotional Learning

Quote Of The Day: Nicholas Kristof On “It’s Not Just About Bad Choices”

Quote Of The Day: SEL is “not a replacement for addressing root problems in schools or society”

Quote Of The Day: Teaching Social Emotional Learning Skills Is Not Enough

The crippling thing about growing up poor that stays with you forever is a fascinating and sad article about a recent study on self-control and eating.

This useful article with an unfortunate title, Why Do the Poor Make Such Poor Decisions?, appeared in Medium.

The Physical & Psychological Impacts Of Racism

Improving adolescents’ social and emotional lives must go beyond teaching them skills is from Science Daily.

“How Income Affects The Brain” & What We Can Do About It

ANOTHER STUDY FINDS THAT POVERTY CAUSES COGNITIVE CHALLENGES, NOT THE OTHER WAY AROUND

Mindfulness Won’t Save Us. Fixing the System Will. is by Christina Torres.

Author Interview: Enhancing the ‘Mental Bandwidth’ of Students is the headline of one of my Education Week Teacher columns. It’s Part Two of an interview with Cia Verschelden about her book, “Bandwidth Recovery: Helping Students Reclaim Cognitive Resources Lost to Poverty, Racism and Social Marginalization.”

We have some public schools who have bought in to this mindset that all students needs is to work harder. But we know there is more to success. There is also opportunity and access. https://t.co/kNiYYvwk4b

EXCELLENT PIECE ON HOW POVERTY CAN AFFECT “COGNITIVE BANDWIDTH,” BUT IT HAS A PRETTY BAD TITLE

I’m Sick of Asking Children to Be Resilient is from The NY Times.

THE NEXT TIME YOU GET FRUSTRATED BY STUDENT BEHAVIOR, THINK OF THIS….

ANOTHER STUDY POINTS OUT THAT SEL IS NOT A CURE-ALL

When Social-Emotional Learning Is Misused is from Ed Week.