Study: Young People Respond Better To The Positive Than They Do To Threats 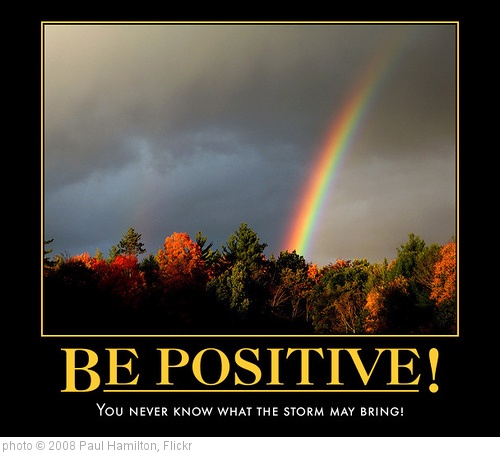 In a previous post, Emphasizing Pride, Not Shame, In Classroom Management, I talked about a study that showed determined having people think about the pride that they will feel in themselves after resisting temptation was a very successful self-control strategy. And, interestingly enough, they also found that trying to encourage self-control through the use of shame or guilt actually resulted in people showing less self-control.

Now, in a new study that reinforces and expands the findings of that previous one, researchers found that young people, as one of the study’s authors said, “learn better from good news than from bad news.”

Here’s an excerpt from NPR’s report on the research:

The study findings square with neuroscience showing that positive information is processed in many parts of the brain, while negative information tends to be centered in the prefrontal cortex, Sharot says. That’s the part of the brain that matures last, into the 20s in many cases. It’s the area in charge of judgment and problem-solving.

“We learn better from good news than from bad news,” Sharot says.

Parents may gain more traction by emphasizing the benefits of avoiding risk. “If you want your kids to eat their fruits and vegetables, it’s not that you’ll get sick if you don’t eat it,” she says. “You’ll be smart and better at sports.”

Teenagers might benefit from being reminded that they’ll be more likely to make the basketball team if they’re not smoking cigarettes.

Oldie But Goodie TED-Ed Video & Lesson: “What is dyslexia?”

Results From Student Evaluation Of My Class And Me