Today, The New York Times published a very lengthy piece on the use of tablets in the classroom, focusing on Rupert Murdoch’s Amplify system (which I’ve written about in the past). The Times piece is headlined No Child Left Untableted.

Here’s one excerpt that particularly resonated with me:

Sherry Turkle, an M.I.T. professor and a prominent Cassandra who writes about the unanticipated consequences of our immersion in electronic technology, described some aspects of tablets in the classroom to me as “the dystopian presented as the utopian.” She said, “We become smitten with the idea that there will be technological solutions to these knotty problems with education, but it happens over and over again that we stop talking to kids.” That’s the root of what she calls “the crisis in the ability to talk.” High-school teachers are already complaining, she said, that their students “are fixed on programs that give the right answer, and they’re losing the notion of talking and listening to each other, skills that middle school is supposed to teach.”

I told her stories from Amplify’s pilot programs about previously marginal, quiet students blossoming: the boy in Georgia whose tablet-troubleshooting skills made him popular; the tall girl in Connecticut who blew away her classmates with an essay about what it’s like to be 5-foot-11 in middle school. The tablet also includes features like discussion groups that let students engage one another directly. “There’s a reason they call them ‘discussion groups’ and not ‘conversations,’ ” Turkle said. “You learn how to broadcast, which is not the same thing as what you and I are doing now. Posting strong opinions isn’t a conversation.” 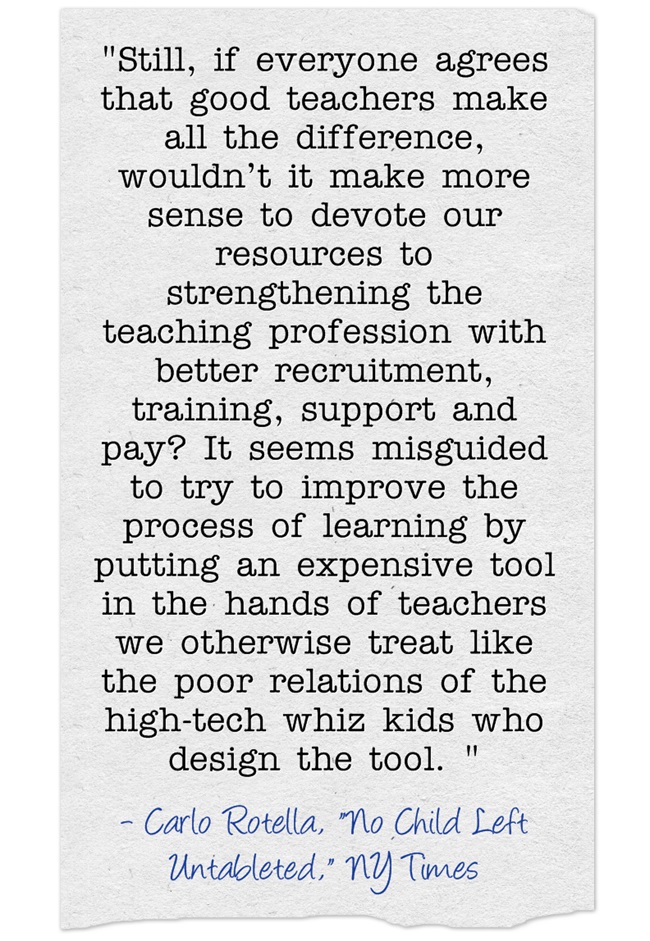 I’m adding the article to The Best Places To Find Research On Technology & Language Teaching/Learning.

LA Superintendent Expected To Resign On Thursday — And Does!