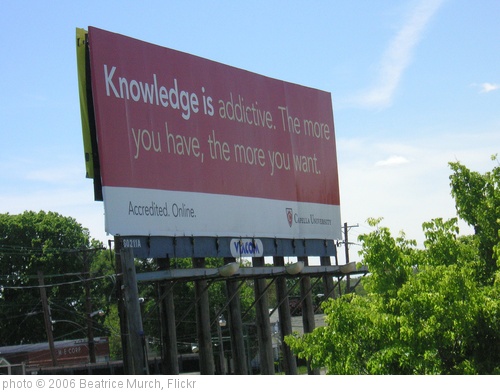 Earlier this month, I posted about a lesson I was planning to do with my IB Theory of Knowledge class related to the potential bombing of Syria by the United States (see First Draft: My Theory Of Knowledge Lesson About Syria Next Monday — Help Me Make It Better). In summary, students looked at the reasons and evidence being used by President Obama to justify it, and evaluated it using Reuben Abel’s nine types of evidence.

There was a surprising amount of interest in the post, and quite a few teachers — TOK and non TOK — used some version of it in their classroom. In fact, I think it can be used as a template for a lesson on many different types of issues.

TOK teacher Zane Dickey used it his classroom, and has written this short guest post about what he did and how it went. Zane is a National Board Certified Teacher teaching TOK and Digital Citizenship and is the EE Coordinator in Dakar, Senegal. Zane also loves surfing with his two boys and waking up before dawn to run with friends:

“Why would Obama would want to attack Syria?” a student blurted out as she watched Obama’s claims regarding Syria. I had used the lesson suggestion form Larry Ferlazzo’s TOK site along with his best sites for Syria.

The class began with a discussion activity called three truths and a lie. This allowed students to interrogate one another using clever inquiring skills to understand which claim is the lie. Student’s were then introduced to Rueben Abel’s 9 kinds of evidence or good reasons which are the basis of knowledge. The student task was to watch the claims Obama made in his speech and determine which type of evidence was being used. Students would then research the claims and return the following class acting as a representative of the US Congress to debate whether or not the claims were sufficient to attack Syria.

The students returned to the next class excited and eager for the debate. We reviewed the Obama speech once more. I stopped the video several times asking students to address the claims. The memory of the Iraq war. The logic and intuition of wanting to stop more innocent people from being gassed. I played the role of Obama and invited the Congress to debate my claims. One student started the debate that a strike was necessary because Assad had allowed his own people to be gassed and violated the Geneva Convention ( logic and reasoning). “How do you know that it was Assad who used gas?” stated another? Another student asked where the US would specifically strike. “This is highly classified but our intelligence has these coordinates and the damage would be minimal,” I stated as the commander in chief. Another student spoke up. “Your claim to kill more people because people have already been killed doesn’t seem logical. This doesn’t make sense. This is my intuition, my reasoning.” Another student stated that it was about destabilizing the Assad government so the US could gain control of the resources. He had a youtube video to back up his claim using logic. “What about the fallout from a strike? Let’s look at the memory of Iraq.”

A few students were reluctant to take a side. “I believe something should be done. I just don’t know what the “right” solution is. I don’t know what the truth really is.” “I don’t think anyone should kill innocent people. (Self awareness, intuition).” “My memory of Iraq is that this will be bad.” Before closing the lively debate ended I asked if anyone present could present a better alternative. “Diplomacy!” shouted one student smiling. This seemed reasonable yet no one mentioned the recent Putin NYT piece.

I closed the lively debate and asked them to vote their conscious as a member of the US Congress. The final tally in my first class: 8 for a strike and 6 opposed to a strike. My second class: 4 pro- 4 against. At the end of the vote one of my students stayed after class. “You know I am half Syrian, right? I don’t think the US should strike Syria.”

Analyzing the claims made students aware that initially their emotions were the motivating factor in their decision making process. Once the claims were identified the critically thinking and inquiry forced them to gain a better perspective of how knowledge claims work. I found using this real life example provided more breadth, depth and engagement of personal and shared knowledge getting at the heart of TOK: How do we know what we know?

“American Panorama” Has Potential To Be Excellent U.S. History Site

June 14th Is Flag Day In The U.S. – Here Are Related Resources

The Best Resources On Learning About “Right To Work” Laws