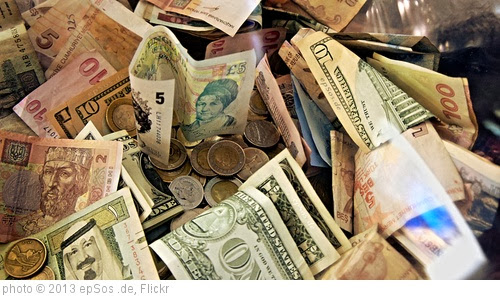 Researcher Roland Fryer has been trying to prove for years — unsuccessfully — that cash incentives will result in higher student academic achievement. You can see my previous blog posts all his failures to show that this kind of strategy works. You might also want to read my Washington Post column Bribing students: Another ‘magical solution’ that doesn’t work.

Now, one of his and New York City Mayor Bloomberg’s pet projects, a cash rewards program in New York City, has issued a final evaluation that tries really, really — I mean really — hard to put lipstick on a pig. The Wall Street Journal has an article on it, and you read the entire report here.

Here’s my short summary of the mind-numbingly lengthy study:

After giving an extremely lengthy list of what giving cash clearly did not affect (including just about everything for elementary and middle school students, and almost everything for high school students), they claim that high school students who entered the program as academically “proficient” in ninth grade had an 8% higher graduation rate than the control group (those who entered ninth-grade as not academically proficient did not have a higher graduation rate). And though they really try hard to dodge it, it’s also pretty clear that positive impact only applied to girls.

In a number of academic areas, cash incentives were removed (it appears the program was redesigned at some point) and in at least some of those areas performance from the students in the program dipped even below those in the control group — surprise, surprise, that when extrinsic incentives were removed, motivation plummets. However, inexplicably, the researchers say they can’t say for sure that this is the reason for the dip. That’s pretty interesting, because in other parts of the report, they jump to conclusions that clearly have no evidence. For example, in one part of the report they attribute increased Internet use by students at home to computers purchased by families with incentive money students had earned, though they clearly don’t have a single shred of evidence that this is how families used the money.

When are these guys going to give up beating a dead horse?

Depressing Statistic Of The Day That Is No Surprise: 79% Of Teachers Are White

Study Suggests Multi-Tasking Is Not So Bad — I’m Skeptical

Hot Off The Press! The Most Up-To-Date Statistics On English Language Learners In The U.S.