Quote Of The Day: “The Sham & Shame Of Best Practices”

Larry Cuban has just published an important post titled The Sham and Shame Of Best Practices. 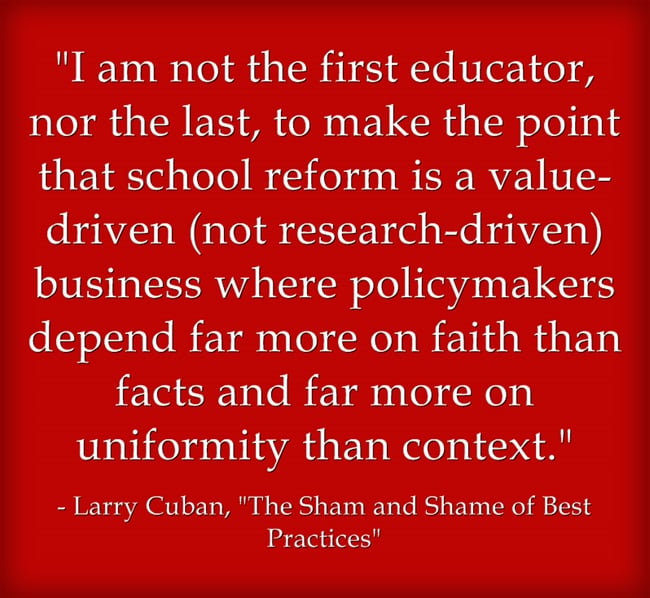 Want To Know How Much Your School District Would Receive From The Stimulus Package? Here It Is…