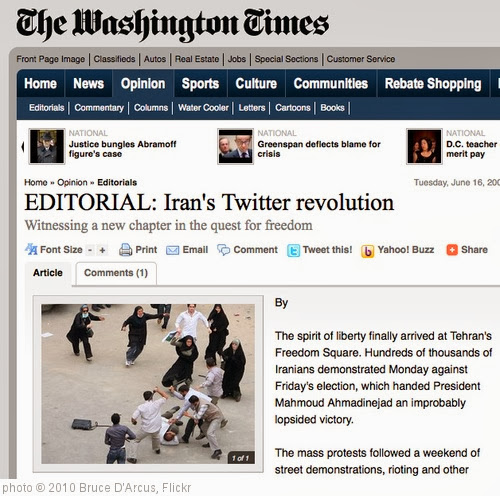 As regular readers know, I was a community organizer for nineteen years before becoming a high school teacher ten years ago. So I have a keen interest in thinking about, writing about and actually Building Influence & Creating Social Change.

An element of this topic is the role of technology in building power for progressive social change. I tend to align more (though not completely) with Malcolm Gladwell’s skepticism of its role.

Today, NPR ran a short piece about the role of technology in starting a small business, and I was struck by the last part of the story which I think — if you just change the words from business to social change — really speaks some wisdom.

I’ll publish that excerpt in a second but, to summarize it, the story suggests that technology now makes it a lot easier to start a small business. However, sustaining and growing it is another story, and that can only be done through developing face-to-face relationships.

That, I think, is a good summary of the role of tech in progressive social change — it makes it easier to start a bit of a groundswell around an issue, but, the vast majority of the time, it has to be followed by face-to-face relationship-building to grow genuine power and trust so it can withstand the challenges that are sure to come.

Here’s the excerpt — and let me know what you think:

Don Weiss, another entrepreneurship professor – he’s at Columbia – says even so it’s still easier to start a business to today. But the hardest part of business remains making and maintaining relationships.

DON WEISS: There’s only one way to do it, and that is by pressing the flesh, by doing things face-to-face and by forming relationships and listening to what your customer or your partner or for that matter your employee has to say.

GLINTON: Weiss says the key to a successful entrepreneur is the ability to listen. And there’s no app for that – not yet at least.