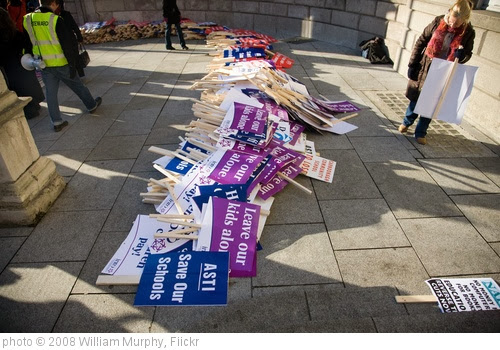 Here are some useful posts and articles that appeared this week on education policy issues:

Teach for America rises as political powerhouse is from Politico. I’m adding it to The Best Posts & Articles Raising Concerns About Teach For America.

The Great Lakes Center has released an excellent report on Data-driven Improvement and Accountability. The Washington Post published an excerpt, Six principles for using data to hold people accountable. I’m adding them both to The Best Resources Showing Why We Need To Be “Data-Informed” & Not “Data-Driven.”

There has been a fair amount of media attention devoted to a new study saying that the teacher evaluation plan instituted by Michelle Rhee in Washington, D.C. was effective. However, John Thompson sets the record straight.

Assessment Consortia: Who’s In And Who’s Out? is from Education Week. I’m adding it to The Best Resources For Learning About The “Next Generation” Of State Testing.

LA Unified School District has no Plan B for iPad project is from Southern California Public Radio. I’m adding it to A Very Beginning List Of The Best Articles On The iPad Debacle In Los Angeles Schools.

Curriculum Prompts New Concerns in L.A. iPad Plan is from Ed Week, and goes to the same list.

I thought these were an important string of tweets:

The “Ed Schools are the Problem” Fallacy is from School Finance 101.

Though I’m very familiar with the famous “Walkout!” of Los Angeles schools in 1968, I’m embarrassed to say that I had never heard of 200,000 strong 1963 boycott of the Chicago schools by predominantly African-American students. This past week was its fiftieth anniversary. You can read more about it at Valerie Strauss’ blog in The Washington Post and watch this short clip from soon-to-be-released documentary about it (thanks to Alexander Russo for the tip):

Quote Of The Day: “The American Dream Is Leaving America”