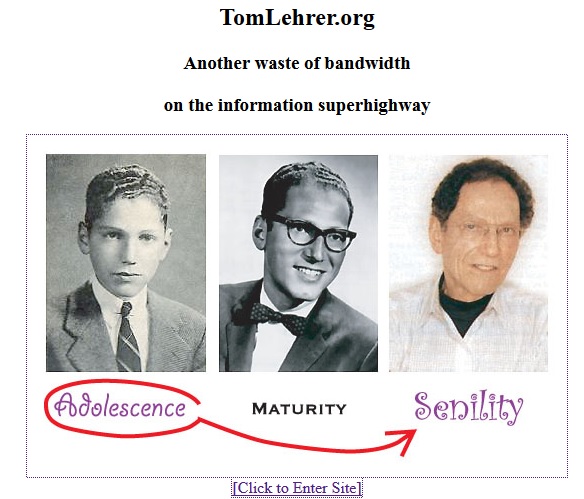 Readers may or may not know about Tom Lehrer, the mathematician turned songwriter and performer who was particularly popular in the 1960’s (and who is still around today). His satirical songs poked fun at many topical subjects, and I still remember hearing my parents playing his records when they had friends over and laughing uproariously.

Some of his songs are a bit dated now, or perhaps not entirely politically correct. However, many more are still right on target and very funny.

I regularly use his Wernher von Braun song in my IB Theory of Knowledge class when we discuss ethics, and have also cited it in discussions I’ve had with education researchers who want to distance themselves from how their studies are used.

You can see videos of most of his songs here with animated lyrics, but here are a few (I’ve ended with a popular video of actor Daniel Radcliffe recently singing his one of songs):

Video: “How statistics can be misleading”