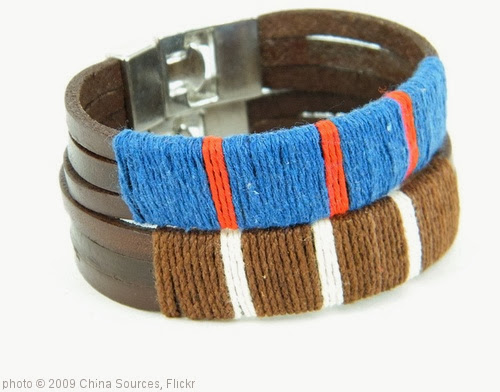 An article about a Florida high school providing special wristbands to academically eligible students which lead to special privileges is getting a lot of attention this week:

It bore just two words — “on track.” To Minnick, it represented more than a wrist accessory.

It meant he had earned enough credits to be on the way to an on-time graduation while also meeting his school’s attendance, discipline and grade-point expectations. With that came the reward of being able to go to the media center without a signed pass, a real prize for this avid reader who admits to often losing his paper library passes.

“It’s really helpful,” the Land O’Lakes High senior said of his school’s new incentive program. “It’s hitting the point where it’s giving me the slap on the back to get going, even work for a blue (‘highly on track’) wristband.”

Year in and year out, Land O’Lakes High consistently has ranked among Pasco County’s top performers when it comes to graduation rates and other academic markers. That didn’t stop school leaders from striving for even better.

I’m sure the leaders of that school are well-intentioned, but, boy oh boy, are they sending the wrong message. Besides bearing similarities to the infamous controversy of a couple of years in a high school that gave color-coded IDs based on student test scores (see The Best Resources To Learn About High School ID’s & The Scarlet Letter), they are telling students they should try to do better for more trinkets, not trying to help them develop intrinsic motivation. Jeez, don’t we have enough extrinsic motivators already in school? How are these wristbands going to help them after they graduate? Perhaps a few lessons on grit, deliberate practice, goal-setting, etc. might be the better way to go?

In a desperate situation, and I’ve had a few, I’m all for short-term extrinsic motivation with an exit plan, but that certainly doesn’t sound like this school’s situation.

I’ve got to wonder if the impetus behind this is increasing test scores. If that’s the case, too bad they haven’t read about the research finding that short-term focus on test score increases results in longer-term damage.

If you want to learn more about the dangers of this kind of extrinsic motivation, you can read The Best Posts & Articles On “Motivating” Students, my Washington Post article titled “Bribing students: Another ‘magical solution’ that doesn’t work,” or my two books on the subject.

The Best Resources On Students Having A “Purpose For Learning”

Video & Infographic On The Advantages Of Being Bilingual

A Conversation With A Student