This Week’s “Round-Up” Of Useful Posts On Education Policy 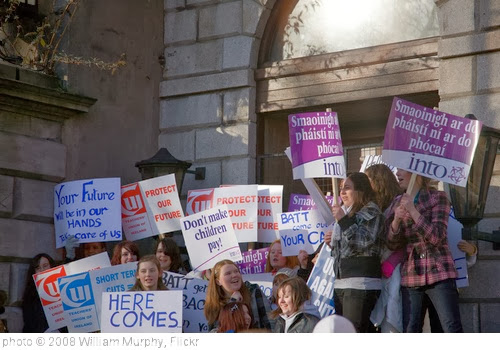 Here are some recent good posts on educational policy issues:

The King of MOOCs Abdicates the Throne is from Slate. I’m adding it to The Best Posts & Articles On MOOC’s — Help Me Find More.

Coalition wants the state to let more schools skip the Regents is an article about the New York Performance Standards Consortium. I’m adding it to The Best Articles Describing Alternatives To High-Stakes Testing.

Who Writes the Songs? is a very good post by John Merrow that I think gives a very good critique of what is being done in the name of “school reform.” His suggested next step — “peace talks” between opposing groups — sounds a little naive (see my Washington Post piece, Why we can’t all get along over school reform, along with Anthony Cody’s comment on Merrow’s post for a somewhat similar perspective), but the rest of it hits the mark. I’m adding it to The Best Articles Providing An “Overall” Perspective On Education Policy.

Is It Better to Have a Great Teacher or a Small Class? is an article in The Atlantic that questions the value of small classes. However, “the results are based on a theoretical simulation rather than actually reconfiguring classroom assignments in order to measure the academic outcomes.” Surprise, surprise, the study was done by an economist. For a lengthy run-down on the issues around models, economists and education research, please see The Best Posts & Articles About The Role Of Economists In Education.

iPad software licenses expire in three years, L.A. Unified says is from The Los Angeles Times. I’m adding it to A Very Beginning List Of The Best Articles On The iPad Debacle In Los Angeles Schools.

Many of L.A. Unified’s iPad project wounds are self-inflicted is from The L.A. Times. I’m adding it to the same list.

International test scores: Getting the data straight is from The Washington Post. I’m adding it to The Best Sites For Getting Some Perspective On International Test Comparison Demagoguery.

Federal analysis of school grants shows mixed results is from The Washington Post. I’m adding it to The Best Resources For Learning About The Four School Improvement Grant Models.

School Improvement Grant Program Gets Mixed Grades in Ed. Dept. Analysis is from Education Week. I’m adding it to the same list.

The Predictable Failure of School Improvement Grants is by John Thompson. It goes on the the same list, too.

Education Secretary Loses Some Of His Luster is from NPR.

Guest Viewpoint: Too much change leads to Common Core confusion is worth reading.

Quote Of The Day: “The Opportunity Gap”

Quote Of The Day: More Time For Teacher Collaboration Better Than Longer School Day For Students

Want To Learn About The Next Generation Of Tests We’ll Be Giving Our Students?