You can read more about Superintendent Starr’s views in a guest response he wrote last year for my Education Week Teacher column where he made the radical suggestions that superintendents should “connect, share” and “listen” to teachers.

It’s obvious why Secretary Duncan would fine those ideas so alarming. 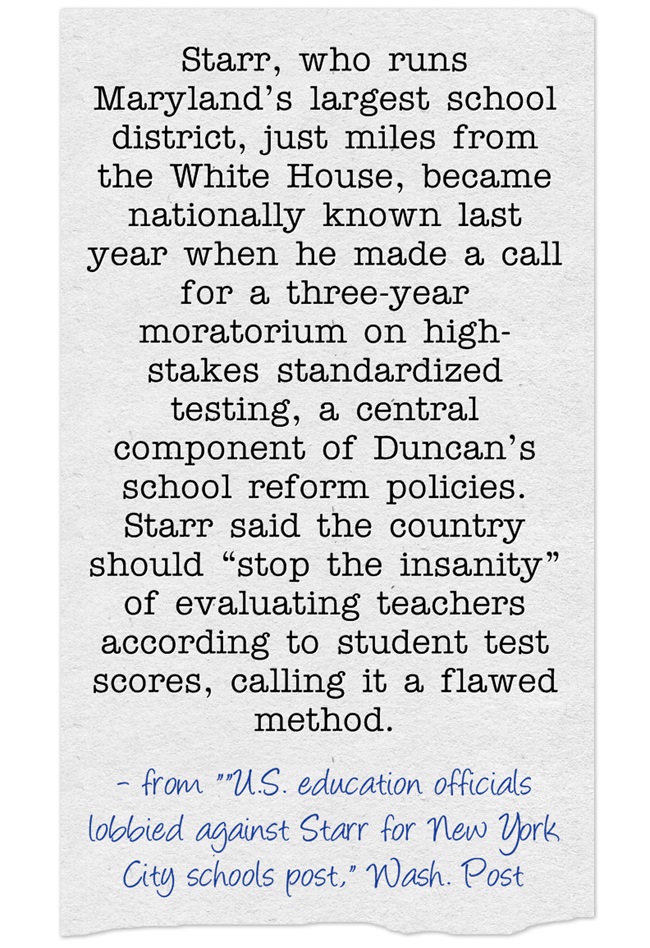 It appears that Mayor Bill de Blasio’s ultimate choice for Chancellor might work out fine but, jeez, can’t Duncan find something better to do?

Quote Of The Day: What Is A “Low-Performing” School?