I’ve recently re-started an effort I’ve tried to do previously by regularly highlighting previous posts and articles I’ve shared in previous years that I think might be worth a second look.

Today, I’m sharing an article I wrote for The Huffington Post over three years ago where I take issue with advice from Seth Grodin where he basically says that if you have an idea you want to try, and it meets some resistance, you should just do it, “cause a ruckus and work things out later.”

My piece is titled Let’s Do Less ‘Fire, Ready, Aim.’ 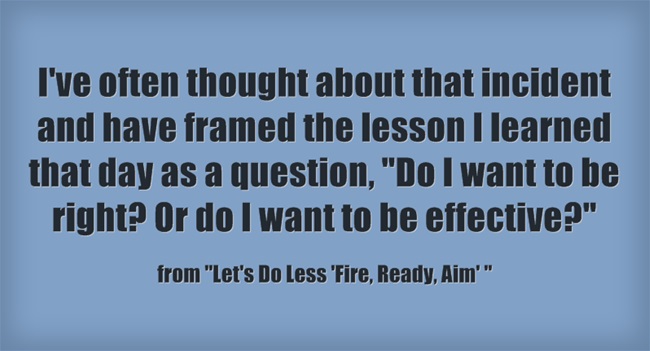 A Look Back: 11 “Today In History” Sites

A Look Back: “Yes, Schools Should Develop Active Citizens &, No, We Don’t Need Another Test To Do It”

A Look Back: “What Motivates A Student’s Interest in Reading and Writing”