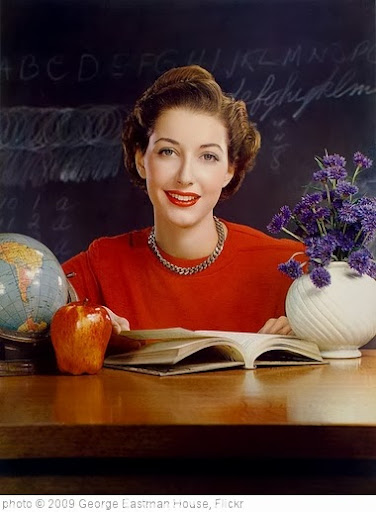 Vergara v. California is a carefully-watched court case that begins next week that attempts to eliminate fundamental teacher rights likes tenure and due process. It’s being financed by a multi-millionaire corporate reformer.

Here is what I wrote in the 2014 education predictions I published in The Washington Post:

The carefully watched court case in California against teacher tenure rules that is being bankrolled by corporate school reformers will result in an unequivocal victory for teachers unions, students and families — either by being dismissed or by a court-ruling against the plaintiffs.

I thought readers might find it useful to learn more about the case, since it has national implications (you might also be interested in The Best Articles For Helping To Understand Both Why Teacher Tenure Is Important & The Reasons Behind Seniority-Based Layoffs). I’ll certainly be making additions in the future:

Education Policy via Litigation is by David B. Cohen.

Why a Nice Philanthropist Takes on “Bad” Teachers — and the Rest of Us is by John Thompson.

Lawsuit takes on California teachers’ job protections is from The Los Angeles Times.

Teacher tenure goes on trial in California courtroom is from The Washington Post.

Teacher Job Protections Vs. Students’ Education In Calif. is from NPR.

Eight Problems with the Vergara Lawsuit is by David B. Cohen.

RT @CATeachersAssoc: Contrary to what the #Vergaralawsuit claims, not one teacher in California has a job for life. http://t.co/Cgqnotuk4C

Notes on the Seniority Smokescreen is by Bruce Baker.

Trial over California teacher protection laws opens is from The LA Times.

In landmark trial, both sides debate whether teacher protection laws fail students is from Ed Source.

What Is the Real Intent of Vergara v. California? is by John Thompson.

L.A. teacher firings spiked but still costly and lengthy, Deasy says is from The LA Times.

Vergara v. California: The Agendas, the Facts, and Recommendations for California Law is from 34Justice.

Vergara Suit: When Is A Teacher ‘Incapable of Remediation?’ is from Ed Week.

Fight Over Effective Teachers Shifts to Courtroom is from The New York Times.

Aggressive public relations campaign amplifies courtroom battle against teacher work rules is from Ed Source, and is probably the “must-read” article on the trial so far.

White students get better teachers in L.A., researcher testifies is from The LA Times.

Kane Unable is an excellent post by Gary Rubinstein that responds to the previous article.

The Two Faces of John Deasy is by Diane Ravitch.

A deeply misguided lawsuit about teachers and students appeared in The Washington Post.

David Welch: The Man Behind Vergara v. California is from Capital and Main.

Commentary: Standing with Beatriz against Vergara is by LA School Board member Steve Zimmer.

Fate of California Teacher-Protection Rules Now in Hands of Judge is from Ed Week.

The Vergara Lawsuit Fixes Nothing & Can Make Things Worse

If Economists Studied Education Research, Would They Still Promote Value-Added Evaluations? is by John Thompson.

Competing Views of Teacher Tenure Are on Display in California Case is from The New York Times.

Vergara suit wrong to blame teachers for inequities is by Randi Weingarten.

How easy should it be to fire bad teachers? A landmark case may decide for California is from The L.A. Times.

What the Vergara ruling means for the future of teacher tenure in the U.S. is from The LA Times.

Why firing bad teachers isn’t nearly as important as creating good ones is from The L.A. Times.

Important Tweets About The Murder Of George Floyd

My Best Posts & Articles About Building Parent Engagement In Schools — 2009