Quote Of The Day: “We Must Always Take Sides” 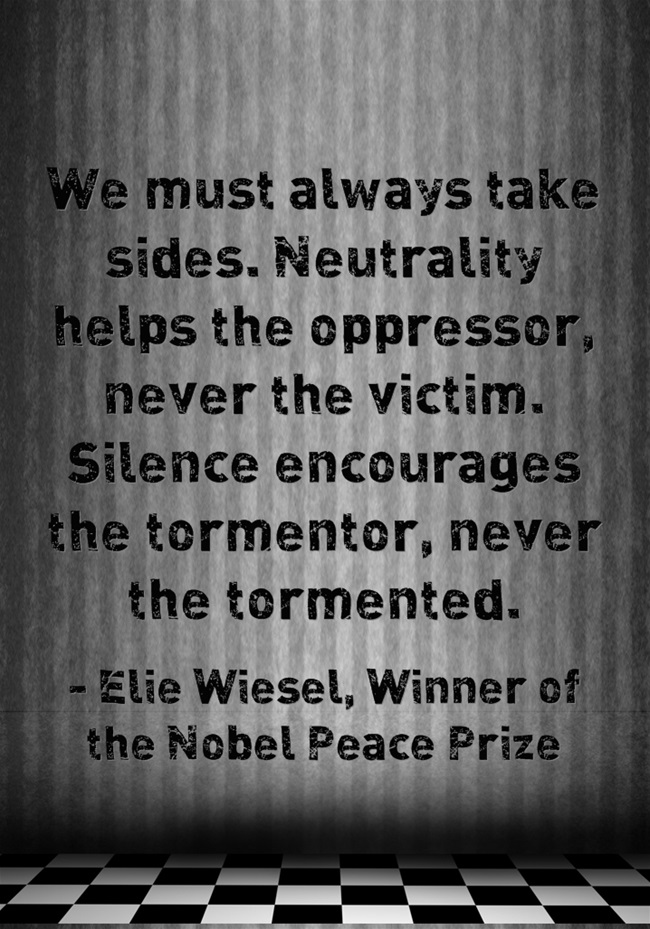 We’re just beginning a unit on Nelson Mandela in our ninth-grade English classes, and I’m thinking of using the quote with a short writing prompt:

What is Elie Weisel saying about what we should do when we see injustice? What do you think of his view? To develop your position, be sure to include specific examples. These examples can come from his short quote and what you know of Weisel, anything else you’ve read, and/or your own observations and experiences.

Elie Weisel is a writer, teacher and activist who survived being in Hitler’s concentration camps. He was awarded the Nobel Peace Prize in 1986 for organizing against violence and racism.

I’m adding post to My Best Posts On Writing Instruction because that’s where I’ve also been collecting writing prompts.

Quote Of The Day: Sir Ken Robinson On The Value Of Practice

Second Quote Of The Day: Kindness Is “Infectious”

Quote Of The Day: Instead Of Vouchers…..

Quote Of The Day: President Obama On His Favorite Teacher