This Week’s Round-Up Of Useful Posts On Education Policy 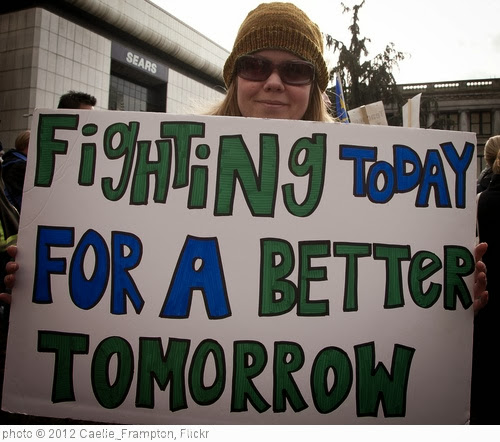 Here are some recent useful posts and articles on educational policy issues:

TV Shows: Thinking “West Wing” In A “House Of Cards” World is by Alexander Russo. The Melian Dialogue is a classic tool used by community organizers to illustrate the importance of living in the world “as it is” instead of “as we’d like it to be,” and Alexander effectively uses the contrast in the two TV shows to demonstrate the same lesson about making political change. I’m adding it to The Best Posts & Articles On Building Influence & Creating Change.

Five Reasons Teacher Turnover Is on the Rise is from TakePart. I’m adding it to The Best Posts & Articles About The Importance Of Teacher (& Student) Working Conditions.

Teacher autonomy and teaching quality: Putting more think into the think tank is by Barnett Berry. I’m adding it to the same list.

4 education overhauls to watch for in 2014 is from Salon.

Obama smacks Bill O’Reilly on school vouchers is from Valerie Strauss. I’m adding it to The Best Resources For Learning Why School Vouchers Are A Bad Idea.

The U.S. Department of Education came out with a new study on Value Added Measurements. Here are some tweets about it. I’m adding this info to The Best Resources For Learning About The “Value-Added” Approach Towards Teacher Evaluation:

… and moderate gap btwn the 2 VAM scores for another 39% of teachers. Study blames factors outside teacher control, like dog barking.

That VAM study is here, for all those interested… http://t.co/x9zpxWKu5u

“The Onion” Does Satire On Teach For America

Here’s Another Blog For Your RSS Reader

Charters In The United Kingdom