An Olympics Performance Perfect For A Lesson On “Grit” 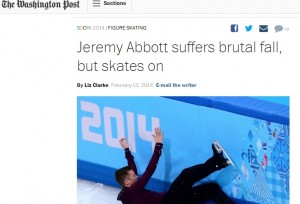 You may have seen the amazing performance by U.S. skater Jeremy Abbott on Friday when he took a terrible fall but then recovered to finish very strongly.