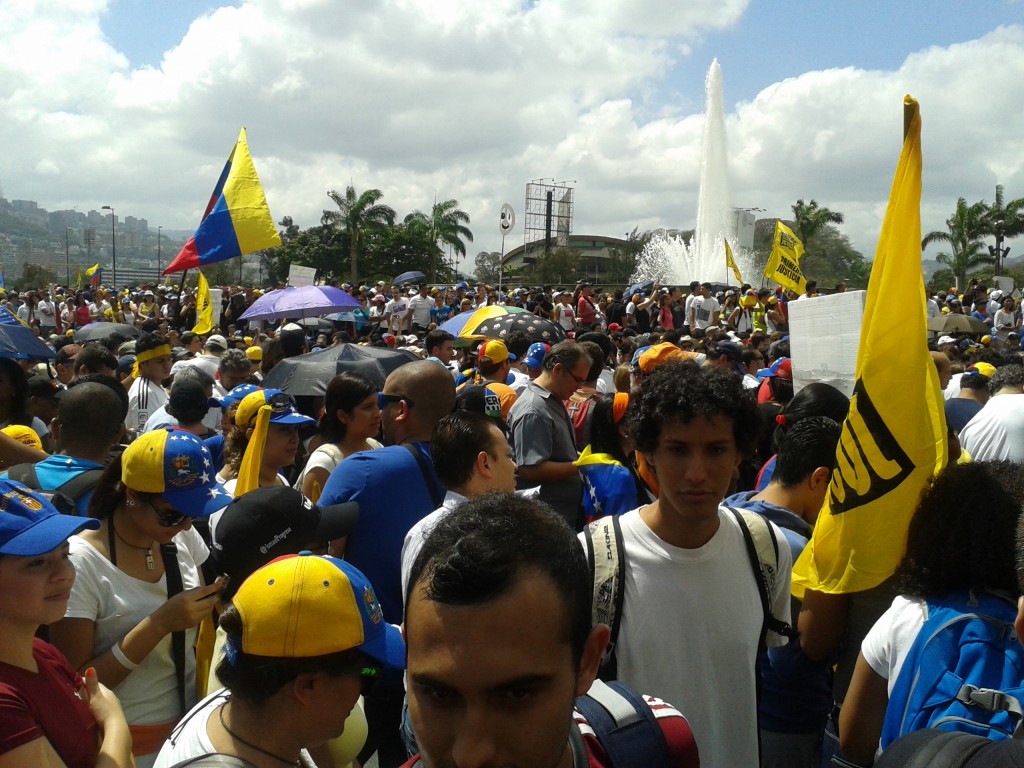 Three years ago, I began a new regular interview series. There are always lots of “hot spots” around the world — places where there are natural disasters, political upheavals, etc. And English teachers can be found in most of those places. If you are an EFL/ESL teacher in one of those areas, please let me know.

Today, I’m lucky to be able to interview Miguel Mendoza from Venezuela (he also shared the photos in this post). As readers probably know, huge protests have been occurring there. You can follow Miguel on Twitter at @mike08.

First off, can you tell me where and what you teach, and why chose to become an English teacher?

I teach English for Academic Purposes (EAP) to librarianship students at Universidad de Venezuela. They must enroll in the four English courses offered in the first four semesters of the career. They are aimed at developing reading skills.

Now, why did I choose to become a teacher? Initially, I wanted to be a painter or graphic designer. But upon listening to my mother’s advice I decided to become a teacher. She thought I had it in me to teach. She had noticed how passionate I was when helping my classmates learn English in high school and some freelance classes I taught during my summer vacations. She was right. She knew as a painter I would have struggled a lot to get a job in my country. In this post, written for the Teaching Village I thoroughly reflect about this.

What was the spark for these recent massive protests?

Students protests started off in the west part of the country first (Táchira state). The reason: a bodyguard of the Táchira’s Governor, Vielma Mora, tried to rape a student. This brought about student protests against this and rampant insecurity in this state. As a result, a group of students were sent to prison in Coro, Falcon state, north coast of Paraguana Peninsula. They were accused of throwing stones to the Governor’s house during these protests.

Apart from this, local government launched a harsh and disproportionate repression against students’ protests. This sparked the rage of students in different states around Venezuela. Táchira students’ protests were legit: insecurity inside and outside universities was becoming unbearable- it still is. Insecurity hits students and citizens alike all over the country.

Also, parallel to these events, three Venezuelan leaders, Leopoldo López, Maria Corina Machado and Antonio Ledezma, called for  “an exit” (La Salida) to the crisis our country has been going through for more than 15 years. Insecurity, scarcity (food, basic goods and medicine), unemployment, low salaries, rampant corruption, political prisoners, impunity, Legislative, Judicial and Executive branches totally controlled by the government including the National Assembly are to name a few some of the issues that each day deteriorates the quality of life of and put at risk human rights in Venezuelan.  Initially, these leaders invite Venezuelans to hold assemblies all over the country to think about potential, constitutional exits.

Students backed up this call.  In Caracas (Capital city of the country), the first assembly was held at a well-known area in the east part of the city. Hundreds of students and civil society attended this assembly and one of the decisions was to march on February 12th from “Plaza Venezuela” (north eastern part of the city) to the Republic General Prosecutor’s office, downtown (southern-west part of the city). February 12th is Youth Day. This day, we commemorate the fight and deaths of young Venezuelans during the Battle of La Victoria. So it was a very symbolic day for students and civil society to march together to the Prosecutor’s office. Upon arriving to our destiny, we heard some speeches and the invitation of leaders to get ready for next activities during the week. A group of students left. Some others stayed for a while and in a matter of minutes we heard the news that a student had been killed. We started to hear firing guns, people running to and fro. All hell broke loose. At the end of this day, two students killed: Basil Da Costa and Roberto Redman. This fueled the anger of students and more reasons to keep on protesting in the streets: insecurity and police abuse.

From February 12D on, the number of students killed during protests, disappearances and hurt students by shotgun pellets and tear gas canisters (a canister landed in a student’s face. He lost one of his eyes) has been on the increase. There have been reports of tortures. One student reported having being raped with a weapon. In the meantime, the government issued a warrant for Leopoldo Lopez and on February 16th he handed himself over in the middle of an amazing , massive demonstration of Venezuelans showing him their support . After this, students have kept on protesting, civil society have joined them to show their support as well. These protests go from peaceful demonstrations to barricading in the country.

In response, the government has kept on escalating its repression including the participation and support of “colectivos”, an armed revolutionary militia, which has been responsible for the killing and hurting of students, along with SEBIN (National Intelligence Service) and National Guard troops. To this date, apart from Basil and Robert, the following students have died: Génesis Carmona (shoot in the head), José Mendez (ran over by a pro-government follower during clashes in Sucre state), Asdrubal Jesús Rodríguez (disappeared and found dead by shotgun days after ), Alejandro Márquez (Cerebral dead after being beaten multiple times on the head), Geraldine Moreno (Shots on the face and the head with pellets).

I have been participating in students’ demonstrations since February 12th, sharing information in social networks and banging pans in the evenings – people from the so called “popular areas” have been joining gradually this type of protest. Some of my students have done the same. Some of them have even risked their lives a bit recording what happened on February 12th in the very same place where Basil Da Costa was killed. My students demanded no class to participate in these activities. Some of them support and understand the current situation of the country, but are afraid of participating in demonstrations.

What do you see happening with the protest movement over the next few months?   Are you concerned that the government might escalate their reactions?

From the last demonstration, February 22nd, students said they will keep on protesting in the streets for: the liberation of imprisoned students, the liberation of Leopoldo Lopez and political prisoners like Iván Simonovis, the disarming of “Colectivos”, the elimination of the informative blackout (freedom of speech) among others.

I hope students will join protests made by other groups of our society like workers, teachers, doctors. Only last year, 4.410 protests took place in Venezuela. I see the raising of a popular movement made up of people from different walks of life protesting against the government’s wrong economic policies, repression, the monopoly of mass media, corruption, insecurity, scarcity of basic goods in Venezuela. They will not seek for coup d’état; they will ask for the government due rectification to guarantee peace, basic  human rights, freedom of speech security, and overall improvement of the situation of the country that has distressed and affected thousands of Venezuelans for more than 15 years.

Venezuela has always been a peaceful, friendly, hospitable country. For years, the international community has been led to believe the Venezuelan government has been all for the poor. Nothing further from the truth. There are more poor people than before. Today we are living under the worst conditions ever and it is our youth who is raising their voices against rampant insecurity and the prospect of a gloomy future, should all conditions remain the same in our country. Last year, students supported their university teachers who were asking for better salaries. It has been a long fight and it still is.

Currently, our youth is leaving the country at an alarming rate. That is understandable in a country on the brink of the collapse. In spite of this, there is a still an amazing number of brave, young students who believe this country is worth the fight. A peaceful fight based upon constitutional rights to protest and demand for better conditions. Which is our role as teachers?I think it goes beyond planning classes, knowing to the letter about approaches and methodologies only. If we see ourselves as agents of social change, it is us who can help guide our students supporting them and helping them reflect on how to face a government who is selfishly compromising their future. 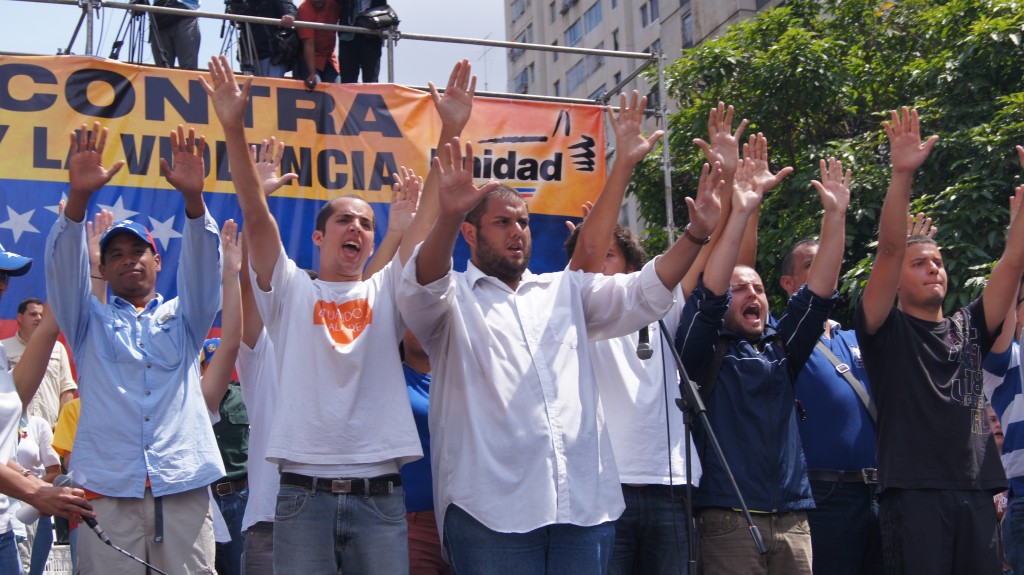 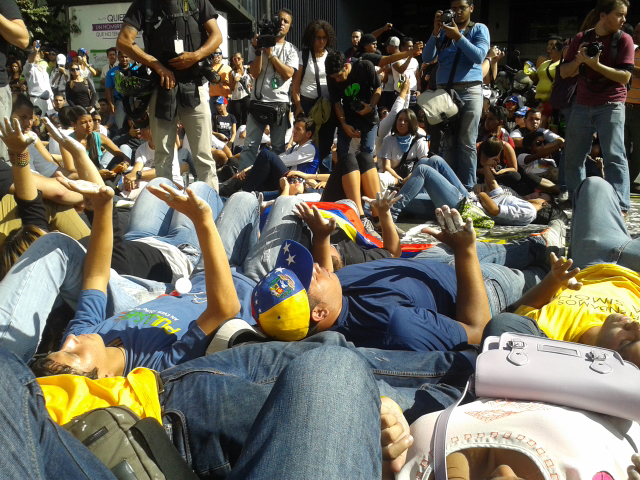 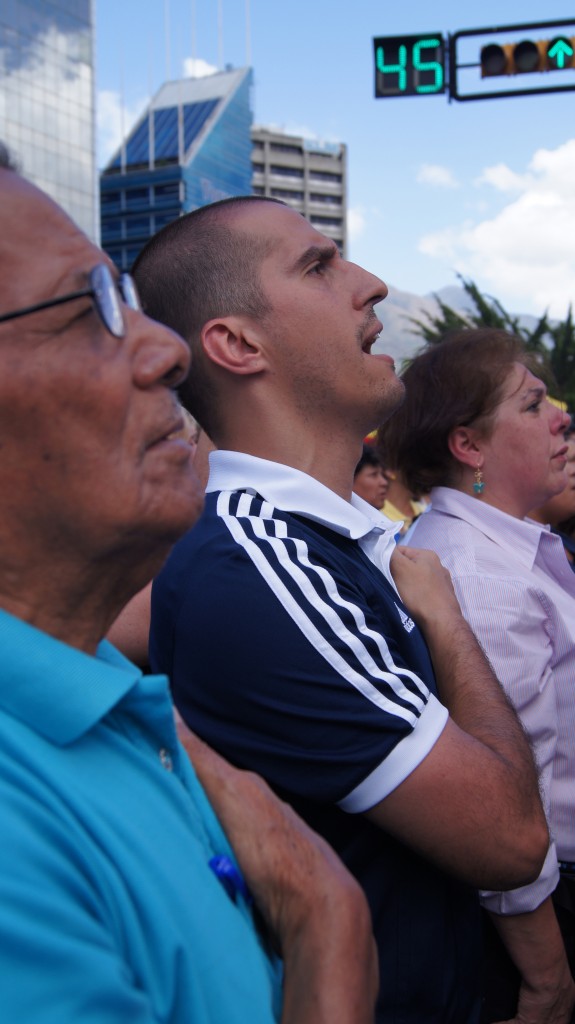 New Feature: Interviews With EFL Teachers In “Hot Spots” Around The World — First Up: Japan