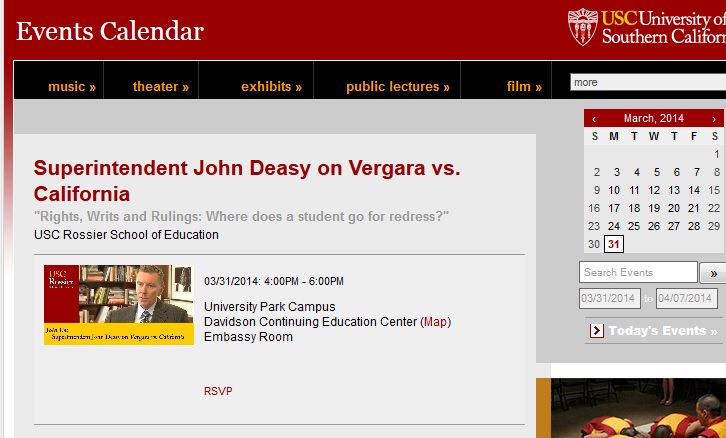 Los Angeles Times reporter Howard Blume is not going to write a story about his speech, but he did send out these tweets:

Deasy testified for plaintiffs in Vergara case, who made similar arguments in court, although their case based only on Calif law.

This attempted appropriation of the Civil Rights Movement legacy as a “false dilemma fallacy” in support of a “reform” agenda is an insult to educators, students, families, and our communities. The choice is not one of either having “civil rights” for students or a “lower-quality teacher corps.” Teachers, and our unions, have been and will continue to be fierce fighters for the rights of our students.

More and more, this seems to be the real choice: One between educators who spend each day in schools and communities supporting their students and those with little connection to the classroom and who are backed by billionaires with even less interest in strengthening our system of public education.

Here are a few other articles on reformers and their misuse of the Civil Rights legacy:

Key flaw in market-based school reform: a misunderstanding of the civil rights struggle is from The Washington Post.

Beware of Education Reformers Who Co-Opt the Language of the Civil Rights Movement is by Denisha Jones.

Eva Moskowitz’s Shameful Misuse of Civil Rights is from The Huffington Post.

Does Tenure Violate the Civil Rights of Students? is by Diane Ravitch. 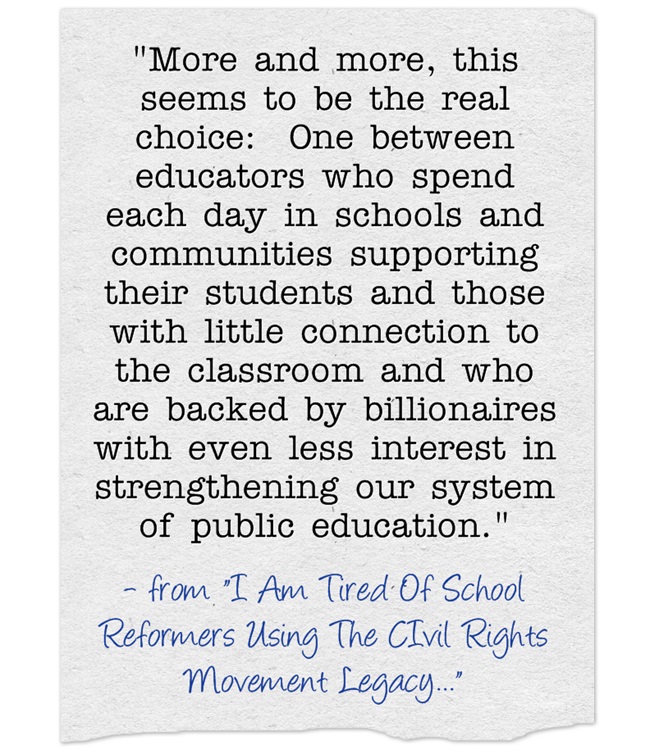 Here are a couple of new additions — comments on this post:

Krashen On Bribing Students To Read

The Best Posts On The Nature/Nurture Debate

The Best Resources For Maximizing The Use Of Dropbox