“FiveThirtyEight” & “Vox.com” Are Two New Free Online News Sites — Here’s What I Think Of Them 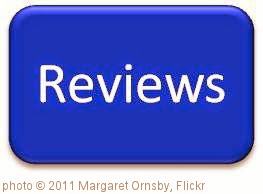 FiveThirtyEight, the Nate Silver site that moved to ESPN, opened-up a couple of weeks ago, and Ezra Klein (and colleagues) moved from The Washington Post to create Vox.com, which was unveiled tonight.

Here’s a quick review of them both…

FiveThirtyEight clearly has more financial resources behind it, though a substantial portion of that will be devoted to sports (I’m a sports fan, but I’m not convinced sports journalism really needs any more players). It covers many other topics, though, and I like that the articles tend to be on the short-side and include easily accessible data visualizations. However, I have to also admit that I really haven’t found any of their articles very interesting so far, and none that have been helpful in the classroom. The site has been getting a lot of criticism, and Nate Silver has been publicly very open to hearing it, so I suspect there will be substantial improvement.

What I’m really looking forward to, though, are their future plans for education coverage. Silver has made it pretty clear he’s planning to get more involved in ed-related issues, and it seems like he’s coming from a good place on them.

Vox.com appears smaller than FiveThirtyEight, but also isn’t covering any sports. I can only base what I think on what I see after one day, and I’m sure there will be many changes in the future. Their articles seem longer (a little too long, if you ask me), but I’ve got to say they all look pretty interesting. They have a unique lay-out that lets them highlight certain words which, if you click on them, will lead to “explainer cards.” It’s a nice feature, though, like their articles, it would be nice if their explainer cards were shorter, too. The videos they have on the site look good. Like FiveThirtyEight, Vox.com is planning to cover education issues. However, when Klein’s team was at The Washington Post, their ed coverage was pretty disappointing and surprisingly shallow. There’s nothing on the site about education right now.

Vox.com’s big lead story is titled How Politics Makes Us Stupid. It’s interesting (and useful for an IB Theory of Knowledge class), but a bit disappointing. It basically says that people aren’t persuaded by facts — instead, they are moved more by their ideology. Klein interviews a researcher who says what is needed is better communication skills, and then Klein counters with, no, what is really needed are “better structures,” though he doesn’t seem to say what those “structures” might be. Actually, I’d suggest that what is needed is more and better community organizers (among other things — see The Best Posts & Articles On Building Influence & Creating Change).

“What Google Knows About Men vs. Women”

My Growth Mindset Lessons Usually Go Well, But What I Did Today Was The Best Yet (Student Hand-Outs Included)

We’ve Decided On A Title For My Upcoming Book!