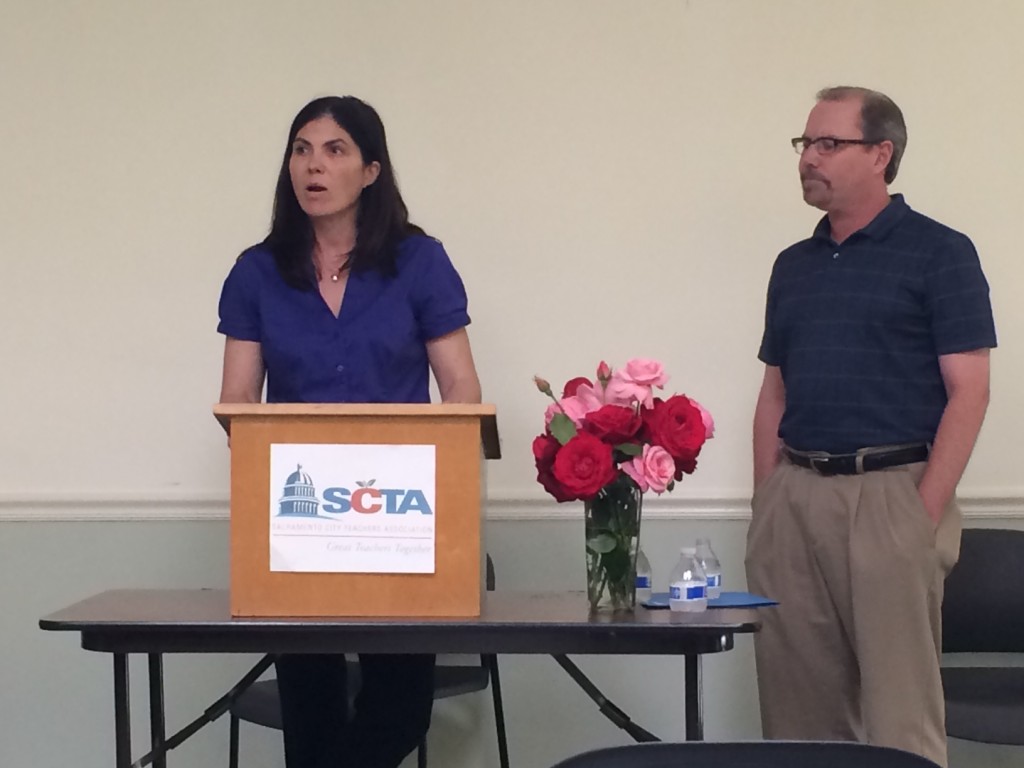 I’ve written a lot about the awful decision made by the U.S. Department of Education to grant eight California school districts (known as CORE) a waiver from No Child Left Behind (see The Best Posts & Articles On The NCLB Waiver Given To Eight California School Districts (Including Ours))

Today, common sense has prevailed here in Sacramento and our union and District made a joint announcement that the district would not be reapplying for the annual waiver.

SCTA, along with many community groups, has been consistently opposed to the NCLB waiver as submitted by our former Superintendent and the California Office to Reform Education with no true input from stakeholders. While the waiver did bring some flexibility in how the district could spend supplemental education service funds, the cost of the waiver and some of the requirements established within the application were detrimental to our schools and the students they serve. The way the application process was handled by those involved was unacceptable to our members and the community, which is one of the reasons why we have steadfastly opposed the waiver and those behind it. We would like to thank the Black Parallel School Board, Hmong Innovating Politics, the Sacramento Coalition to Save Public Education, SEIU 1021 and the countless parents, community members and student advocates who have helped bring the waiver to light. We believe that in working collaboratively with the district and the community, we can make many of the more positive initiatives contained within the application a reality without the loss of local control to the unelected California Office to Reform Education.

We applaud the district’s decision not to seek a renewal of the waiver and look forward to working with them without this divisive topic hanging over all our conversations. SCTA continues to be committed to working with the district to implement the Common Core State Standards to ensure the rigorous learning expectations at all grade levels are met. Our hope is that in moving forward with the waiver behind us we can tackle many of the initiatives important to both the district and teachers. This important step is what we think is needed to change the conversation and improve relations. We are committed to doing our part in re-building the trust and working together to build a collaborative culture between district leadership, our members and the community we serve. 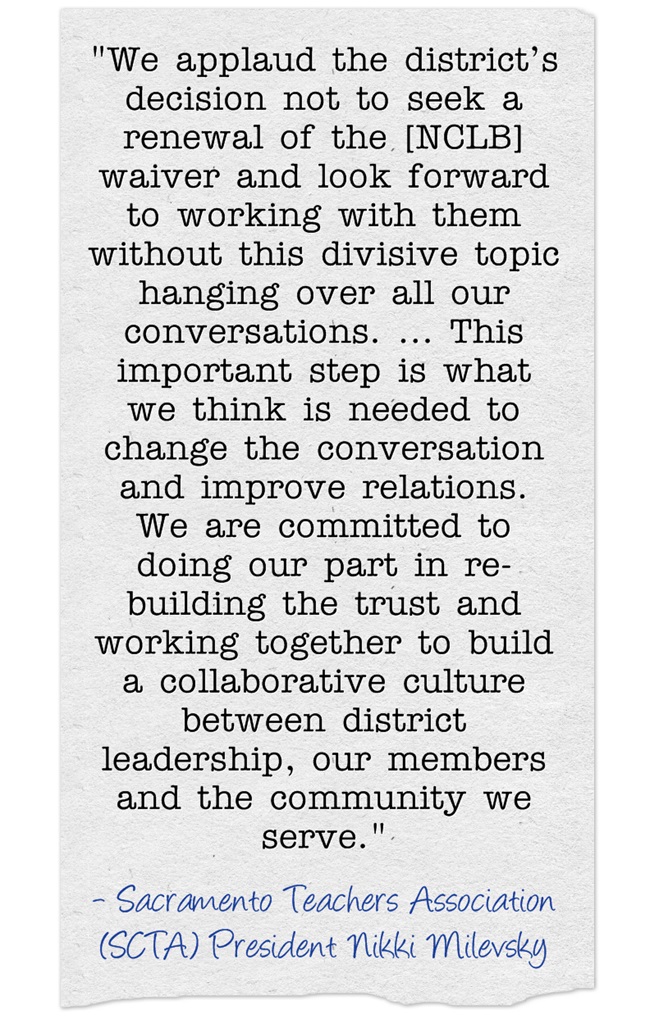 In addition to the groups Nikki mentioned, I think special recognition should go to our local organizing committee, under the leadership of Lori Jablonski and Nate Starace Nearby teacher locals like Elk Grove Educators Association, got their members involved and made it their fight too. Information sharing through CTA State Council (Alice Mercer and Carlos Rico) and other avenues helped spread the word throughout the state, AND helped locals/chapters in C.O.R.E. districts share strategies and information.

One can only hope that we’re starting a trend that will continue through the other CORE-member districts.

Quote Of The Day: Teacher Gives Testimony To Senate Committee

Is This The Best “School Reformers” Can Come Up With?