LBJ As A Teacher In Texas 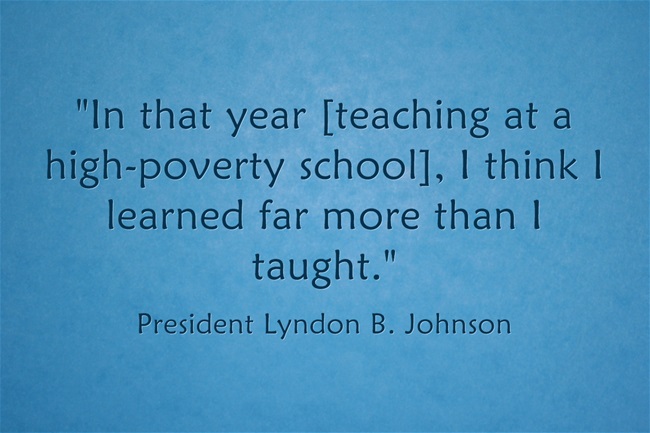 I knew that Lyndon Baines Johnson had been a teacher, but had never explored it further.

I’ve been an admirer of much of LBJ’s work (though, obviously, not of his terrible actions in Vietnam). You can read some of my thoughts about him at This Is A Great Passage For Learning How To Make Change.

Today, NPR has a segment about his time as a teacher in a high-poverty school in Texas, and his visit there years later after he became President. It also includes the audio of the speech he gave (the second video below is a report on his visit).

You can read his entire speech here.

This first video is an excerpt of a speech he made to the U.S. Congress where he talked about his teaching:

I’ve used TubeChop to clip the segment on his Texas visit, and the video might not show up in an RSS Reader:

What Are You Going To Do Differently Next Year?

“Hyper” Gives You A Quick Survey Of The Web