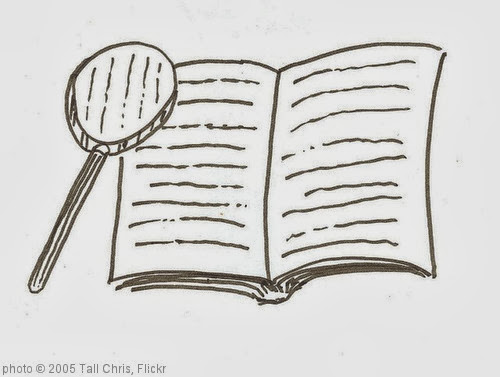 I often write about research studies from various fields and how they can be applied to the classroom. I write individual posts about ones that I think are especially significant, and will continue to do so. However, so many studies are published that it’s hard to keep up. So I’ve started writing a “round-up” of some of them each week or every other week as a regular feature.

By the way, you might also be interested in My Best Posts On New Research Studies In 2013.

Here are some new useful studies (and related resources):

The Education Endowment Foundation has published a useful free Neuroscience and Education Literature Review. They describe it as:

A review of education literature, considering the impact of neuroscience informed approaches or interventions on the attainment of children.

I’m adding it to The Best Resources On “Brain-Based Learning.”

Frequent school moves can harm children’s mental health — study is from The Washington Post, though it’s no surprise to many of us teachers. Here’s an excerpt from the article:

With data from some 6,500 families who were part of a long-term study, the researchers found that students who as children had moved to three or more different schools were 60 percent more likely to experience at least one psychotic symptom when they were 12 years old. They did not find a causal relationship between frequent school changes and an increased risk of psychotic symptoms in preteens but the researchers said that moving often can fuel low self-esteem in children who find themselves socially isolated in new environments, which can affect brain chemistry.

Youth Gang Involvement Is a Public Health Issue Into Adulthood, Study Concludes is from Education Week. Here’s an excerpt:

It probably won’t surprise many educators that a young person’s decision to join a gang will have negative effects that continue well into his or her future. But a new study, published this month in the American Journal of Public Health, paints a clearer picture of how long the effects of that decision echo and how negatively it impacts a broad scope of factors—from the likelihood of later drug abuse and incarceration to poor health in adulthood.

America’s Teens Outscore Adults On Stress is from TIME Magazine. Here’s an excerpt:

Since 2007, the American Psychological Association (APA) has conducted a survey of different aspects of stress in America. This year’s analysis focused on teens, and on a 10-point scale, adolescents ranked their stress at 5.8, compared with a score of 5.1 reported by adults.

I’m adding this info to The Best Resources For Learning About Teens & Stress.

I’m adding this video report from The Brookings Institution to The Best Resources For Learning About Homework Issues: