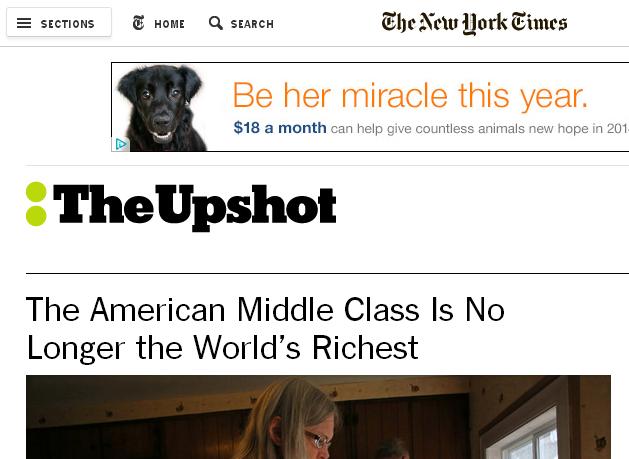 Today, a similar new online publication jumped into the fray — Upshot, created by The New York Times. It’s their successor to the “Five Thirty-Eight” blog that Nate Silver took with him when he left The Times last year.

One day does not a news site make, but “Upshot” looks pretty good so far (of course, who knows if it showed its best stuff on opening day and it will be all downhill from here?). It’s focused on government and economics, and its articles seem slightly shorter than Vox’s, and have accompanying data visualizations (which seem more sophisticated than the ones you’d find at Vox). It also seems a bit more serious than Vox and doesn’t try to add any funny/fluffy features, which Vox tries to do a bit.

For now, I’d put it roughly on the same level as Vox as a site worth reading, and I expect to do so everyday.

I was less enthusiastic about Five-Thirty-Eight in my initial review, and I continue to have the same feelings. The articles aren’t as interesting as the ones at either Vox or Upshot, the narrative appears to be more of an “add-on” to the data visualizations, as opposed to an equal partner, and some of the topics are just plain weird (beards?).

You can also read The Atlantic’s take on the three sites here.

How To Use Voice Thread

“We Should Celebrate Mistakes”

Second Quote Of The Day: Reasonable Thoughts On “Grit”