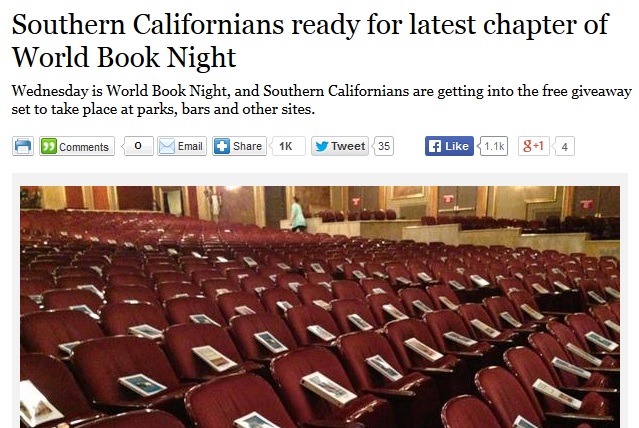 The UN and UNESCO say today is both “World Book & Copyright Day” and “UN English Language Day.” It’s also celebrated in some countries, particularly in the UK, as “World Book Night.”

Here’s an explanation from My English Club about UN English Language Day:

“Best” Lists Of The Week: Resources For Reading Instruction

The Joy of Books is from Film English.