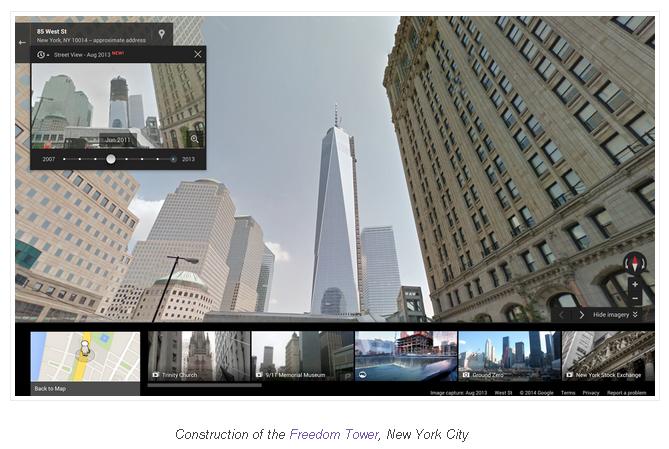 There are a number of sites out there that let you click on a location in Google Street View and then show you historical images of that same site going back many, many years.

And you can access the best of them at The Best Historical Photo + Video Map-Based Sites.

Today, Google has announced their own somewhat similar (though far more limited) “Go Back In Time” feature — they’ve put photos from when they began taking them back in 2007 online so, at least in many places:

However, when I access Street View now, I don’t see any clock icons, even at the examples cited by Google in their blog post about it.  So, I’m assuming they’re doing a gradual roll-out of the feature.

Video: “Is The U.S. Election Rigged?”

More On Oklahoma Tornado, Including How To Help

“This Is 18” Is A Great NY Times Interactive

Lessons For The Derek Chauvin Trial & Its Aftermath