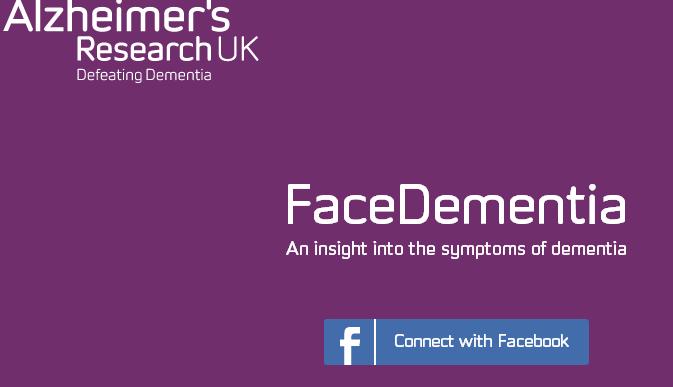 A British non-profit has created a Facebook app that puts you in the shoes of a person suffering from dementia.

Here’s how the BBC describes it:

Users can watch their personal photos, important details and status updates disappear before their eyes.

The app does not hold on to any data or scramble a user’s real timeline or Facebook information, instead presenting an overlay to show the effects of dementia.

People can also watch short videos featuring people affected by dementia explaining what impact the symptoms, simulated by FaceDementia, have had on them or their relative.

I’m adding it to The Best Sites For Walking In Someone Else’s Shoes.

Useful Interactive From The U.S. Census