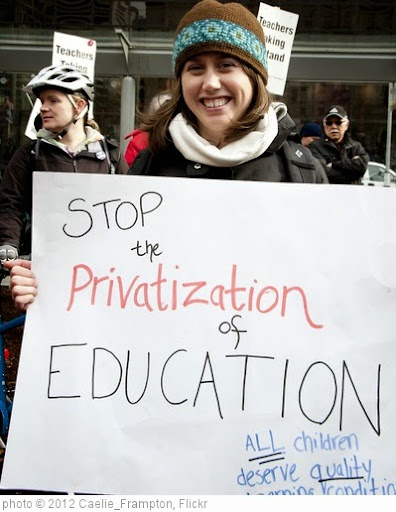 Here are some recent good posts and articles on education policy issues:

Who Gets To Graduate is by Paul Tough and appears in The New York Times. He raises many useful points, but misses others. Those “misses” are pointed out in a good response in The EduOptimists titled Doing What’s Easy: Comments on “Who Gets to Graduate?” IT echoes similar points I made in a Washington Post piece, The manipulation of Social Emotional Learning. Here’s an excerpt from The EduOptimists:

The unfortunate outcome of the focus on the research of these individuals is that policymakers and practitioners are being given further reason to view achievement gaps as the cognitive problems of individuals rather than the result of failures in the structures of our schools and societal policies.

Bad Medicine is by EduShyster, and discusses the impact of similar elements of “school reform” into the medical profession. I’m adding it to a collection of similar articles I have titled Doctors and Teachers.

State’s new computerized exam tryout plagued by glitches appeared in The Los Angeles Times. I’m adding it to The Best Resources For Learning About The “Next Generation” Of State Testing.

Charters, Public Schools and a Chasm Between appeared in The New York Times. I’m adding it to The Best Posts & Articles Analyzing Charter Schools.

Opposing visions for education on view in state superintendent race is from The Los Angeles Times and covers an important election here in California.

How Zuckerberg’s $100 Million for Newark Schools Actually Turned Out appeared in Non-Profit Quarterly. I’m adding it to The Best Posts & Articles For Learning About Newark’s $100 Million From Facebook.

The Best Resources On The Chicago Teachers’ Strike