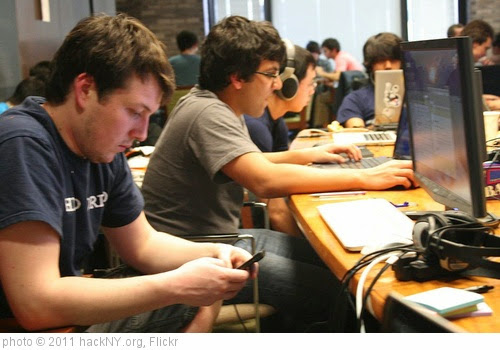 Most readers know that I’m a big proponent of using technology to help students in their learning process.

In fact, you can see a collection of applicable articles and related “Best” lists at The Best Advice On Using Education Technology.

Most readers also know I’ve got a lot of misgivings about how tech is being used in education, particularly in ways that seem to prioritize profit over learning (though that’s certainly not the only reason it’s being misused).

I thought I’d bring together a number of those kinds of “Best” lists, along with specific articles, and encourage readers to also contribute their own.

Audrey Watters has written too many excellent posts to count on this topic at her blog, Hack Education.

Marketing Technologies in U.S. Public Schools is by Larry Cuban.

Framing the School Technology Dream is also by Larry Cuban.

Adaptive Learning Is An Infinite iPod That Only Plays Neil Diamond is by Dan Meyer.

Mind the Quicksand: A Word of Warning to EdTech Investors is from The Education Scientist.

Quotes: When Vendors Calls Themselves “Partners” is from This Week In Education.

I’ve written a fair amount about Internet Essentials in The Best Resources For Learning About Schools Providing Home Computers & Internet Access To Students. It’s Concast’s program to provide online access to low-income students. I have mentioned some skepticism about the program, but I was amazed about how much more skeptical we all should be of it. Read about it at The Washington Post, Why Comcast’s $10 a month Internet isn’t all it’s cracked up to be and at Quartz, Comcast promised poor Americans cheap internet, but most of them didn’t get it.

The History of “Personalization” and Teaching Machines is by Audrey Watters.

OPINION: A Distemperate Response to Silicon Valley’s ‘Edtech Revolution’ is from Ed Surge.

Bill Gates Is an Autodidact. You’re Probably Not. is from Slate.

Why I’m Asking You Not to Use Laptops is from The Chronicle Of Higher Education.

Why I Just Asked My Students To Put Their Laptops Away is by Clay Shirky.

Can Students Have Too Much Tech? is from The New York Times.

Meet The Classroom Of The Future is from NPR and sounds awful.

iPads < Teachers is by Peg Tyre.

Ed-Tech’s Inequalities is by Audrey Watters.

Why Technology Will Never Fix Education appeared in The Chronicle of Higher Education.

AltSchool, Media Hype, & the Dilemma of Innovation Stories is by Alexander Russo.

Never Send a Human to do a Machine’s Job: Top 5 Mistakes in Ed Tech is by Yong Zhao.

I gave my students iPads — then wished I could take them back – The Washington Post https://t.co/Ui9HbJ9jzd

Five Things We Need To Know about Technological Change (Neil Postman) is from Larry Cuban’s blog.

Not meant to be, but this strikes me as a fair summary of the edtech purveying process in schools too pic.twitter.com/YSDpdlRLAY

The false promise of tech in schools is by Daniel Willingham.

Is It Time To Ban Computers From Classrooms? is from NPR.

Hype on Steroids: Self-Driving Cars and School Technologies is by Larry Cuban.

The Theranos Story and Education Technology appeared in Inside Higher Ed.

HOW THE STARTUP MENTALITY FAILED KIDS IN SAN FRANCISCO is from Wired.

The Backlash Against Screen Time at School is from The Atlantic.

Brooklyn students hold walkout in protest of Facebook-designed online program is from The NY Post.

Summit Learning declined to be studied, then cited collaboration with Harvard researchers anyway is from Matt Barnum.

Digital Learning Has a Cheerleading Problem is by Rick Hess.

A Decade of Expensive Video Lessons for K-16 Math Entrepreneurs is from Dan Meyer.

This week’s must-read article is The 100 Worst Ed-Tech Debacles of the Decade by Audrey Watters.

WIDENING THE DIGITAL LEARNING GAP: A San Francisco middle school grapples with a tech company “partnership” is from ReThinking Schools.

UNSURPRISING STATISTIC OF THE DAY: MANY ED TECH COMPANIES MANIPULATE RESEARCH FINDINGS TO SUPPORT THEIR PRODUCTS

New concerns raised about a well-known digital learning platform is from The Washington Post.

THE POSSIBILITIES & PERILS OF TEACHING & LEARNING WITH TECH

How teachers are sacrificing student privacy to stop cheating is from ReCode.

Do Children Really Need to Learn to Code? is from The NY Times.

What am I missing?

The Best Summaries Of Research About Online Instruction

Job Scout Has Useful Introductory Computer Tutorials, Plus A Tool For Creating Resumes