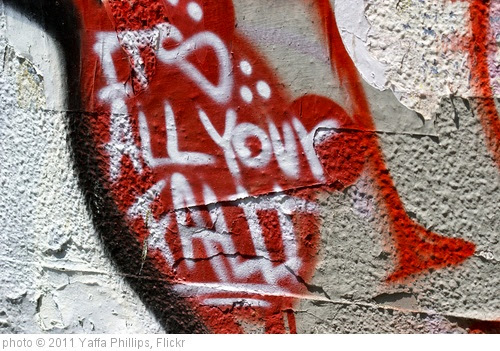 In an awful ruling for teachers, students and their families, a California court “struck down teacher tenure and seniority protections embedded in California law.”

You can read a lot more about it at:

Here are some reactions:

I don't feel need to receive gifts this week at the end of school year, but it would also be nice not to receive a slap in the face #Vergara

This is the best analysis of the decision that I’ve seen so far:

Penetrating analysis on #Vergara from http://t.co/vJS0obFLY8

And here’s another very intriguing analysis:

This is a good one, too:

Excellent article about #Vergara by one of the best teachers I ever had: http://t.co/aFi5UBTccM @Edu_Historian

And here’s a very interesting “quick reaction” to the verdict people will want to read.

Here’s an article from The NY Times.

@npr_ed #Vergara vs. CA emphasizes the most reductionist ways of thinking about complex systems #title1schools #atriskstudents

Vergara Verdict Flawed, Like Lawsuit Itself http://t.co/kJsZoCS1Tp – good points about the evidence, and the actual plaintiffs.

Reactions to the Vergara Teacher-Tenure Decision Pour In http://t.co/q90Lj8TR1b via @educationweek

Torlakson on #vergara: "Today’s ruling may inadvertently make this critical work [education] even more challenging than it already is."

It’s surprising that the court did not spend one second discussing any other factor affecting children. http://t.co/u76VlWF354 #vergara

In wake #Vergara, 1 important point to remember: There is NO stronger advocate for student achievement than teachers & their unions. Period

Teacher due process isn’t destroying public education, reducing the complexities of education to a test score is. #Vergara #seacta

Is this the end of teacher tenure in California? http://t.co/OPmF8sSzZ0 via @sfgate

Making it easier to fire teachers won’t get you better ones is by Jack Schneider.

Last Dance of the Lemons is by EduShyster.

Job Protections Do Not Hurt Students is by Brian Jones.

Will California’s Ruling Against Teacher Tenure Change Schools? is by Dana Goldstein.

AFT’s Weingarten smacks Arne Duncan about his praise for Vergara decision is from The Washington Post.

Tenure Is Not the Problem is by Richard Kahlenberg.

The Vergara Decision is from K-12 Schools: Beyond the Rhetoric at Ed Week.

Aren’t California tenure policies in fact unreasonable? Plus 4 more Vergara questions asked and answered is from The Washington Post.

Vergara: The silver bullet that wasn’t is by Barnett Berry.

Even in Winning, Vergara Is Still a Loser is from Ed Week.

Is This The End of Teachers Unions is from Ebony.

Opinion: Blaming Tenure May Be Free But it’s a Cheap Shot is a very good piece in SchoolBook.

Gay Marriage and Vergara is by Rick Hess at Ed Week.

Grounding Vergara In The Realities of Teaching in California is from Ed Week.

For Vergara Ruling on Teachers, Big Questions Loom is also from Ed Week.

Guest Post: In Defense of “Last-In, First-Out” is from on labor.

This Is Why Our School is “Data-Informed” & Not “Data-Driven”