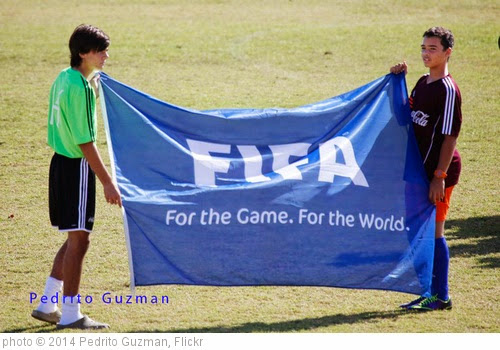 Here are the latest additions to The Best Sites For Learning About The 2014 World Cup In Brazil:

Football and motivation is a World Cup lesson for English Language Learners.

The World Cup In The Classroom – Visualizations Of FIFA 2014 As Teaching Tools is from the ASIDE blog.

The Common Craft #SoccerGuide comes from…Common Craft. Thanks to Richard Byrne for the tip.

Everything You Need to Know About the World Cup – Created with Haiku Deck, presentation software that inspires

Football Comes Home: Soccer as Religion in Brazil is a photo gallery from TIME.

The World’s Love Affair With Soccer: A History in Photos is also from TIME.

The World’s Ball is a NY Times interactive on the history of the soccer ball.

The World Cup of Everything Else is from The Wall Street Journal, and may be the most fun and the most useful interactive for the classroom out there.

This chart shows how much more popular the World Cup is than the Super Bowl is from The Washington Post.

World Cup City Guide is from the BBC.

Photos: The World’s Game is from the NY Times.

More “Best Of The Year Photos”