How My Students Evaluated Me This Year 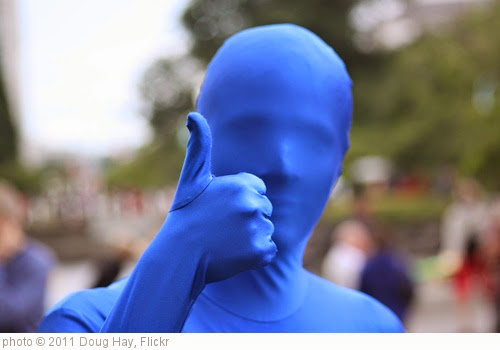 The school year ended this week and, as I do every year, I had students anonymously evaluate me. As regular readers know, I post the results of these surveys each semester — warts and all. In fact, The Washington Post republished one of the less flattering ones a couple of years ago.

You can see reports from all the previous years, as well as links to more reflective pieces on the use of these kinds of surveys, at The Best Posts On Students Evaluating Classes (And Teachers).

In the past, I’ve published separate posts for each class. This year, instead, I’m going to share all the results in one big post:

I taught one Geography class with Intermediate English Language Learners. Here’s the evaluation form I used with them.

* Ninety percent said they learned “a lot” in the class (as opposed to “some” or “a little.”)

* Working in the computer lab was the most popular activity, closely followed by “making presentations.” “Reading” and “writing essays” were a little further behind. It was a surprise to me that “making presentations” was number one last semester and, as a result, I tried expanding it in different ways, including having students use inductive learning to create PowerPoints and make short presentations. However, I just don’t feel the time involved in making presentations this way, especially with our school’s outdated laptops (they liked the computer lab because those desktops worked a lot better), was a good “bang for the buck.” Instead, providing students with short readings that they could then read as a jigsaw activity (like what we did when studying Rwanda) seemed to work a lot better. Though I didn’t separate it in the evaluation form, I’m confident that students agree.

* There was a four-way tie for the least favorite activity:”reading,” “making presentations,” “writing essays” and “using textbook.” I believe “making presentations” made the list here because of the PowerPoints we did and the frustration with our antiquated laptops. We sporadically use a fairly decent ELL Geography textbook called “World View,” but I didn’t do as good of a job as I usually do using portions strategically — it was more of a “filler.” Writing essays is never popular. The most disappointing part here was, though working with our various sister classes around the world wasn’t the least popular activity, no one marked it as one of their favorites and several listed it as something they didn’t like. My theory is that we did too many, and that, in the future, we should just do a few. I guess you can have too much of a good thing….

* There was another four-way tie for the activities that students felt they learned the most from: “making presentations,” “writing essays,” “computer lab,” and “reading.”

* Ninety percent felt the pace of the class was “just right,”

* I received “A’s” from just about everybody in “organization,” “knowledge,” “caring” and “hardworking.” However, under “patience” I received an A from seventy-five percent of the class, while getting anywhere between a B and an F from the remaining students. This is an accurate reflection of a quality I know I need to work to develop, and am very open to hearing advice from readers.

* Everyone except two said they would like to take a class from me again. That’s good, because they’ll all be with me next year!

* As far as suggestions on how the class could be better, two suggestions were most common — incorporating more games into the class, which I definitely could have done and should have done, and getting better technology. I’m not going to hold my breath on that one.

All in all, I’m satisfied with the results, and I’ve got some good ideas to implement next year.

I taught two English classes of mainstream ninth-graders, always the most challenging classes I have. Here’s a version of the form I used with them (that’s the one I used for the first semester – I made some minor changes but can’t find the most recent version).

* The results are clearly different in some areas for each class. My afternoon class was more challenging than my morning one, which I at least partially attribute to coming right after lunch.

* Everyone in my morning class except for one student said they learned “a lot.” In my afternoon class, it was divided evenly between “a lot” and “some.”

* Everybody in both classes said our unit on Jamaica was their favorite one.

* Everyone in both classes, except for two in the afternoon one, felt that I “was concerned about what was happening in their lives.”

* Everyone in the morning class said they liked the class and they’d like to take another one with me. Eighty percent of the afternoon class said the same.

* Students in both classes chose “working in groups” and their independent book clubs as their favorite activities. Our new librarian has been especially cooperative in helping with these clubs, and I hope to expand them next year.

All in all, I’m satisfied with the evaluation results. As I mentioned, I think coming in right after lunch made things challenging in my afternoon class, and I also think just the mix of students also created the more challenging atmosphere.

I taught one International Baccalaureate Theory of Knowledge class that included a small portion of IB Diploma candidates and a much larger number of students, including English Language Learners, who I specifically recruited for the class and who might not ordinarily take an IB class. Here’s a version of the form I used with them (again, I made some minor changes in the actual form I used, but can’t find the most recent electronic copy).

* What are the most important things you have learned in the class?: “there are a lot of different sides of the world we can’t see”; “how to do an outline for an essay and a PowerPoint”; “presentation skills and time management”; “question everything.”

* What have you liked about this class or how it was taught?: “how it was organized to work in groups”; “that you have to think deeper than normal classes”; “I liked how we did so many presentations”; “I liked being here everyday”

* How do you think it can be improved?: “the class is great”; “more control over the volume”; “students should be more respectful”

There were several comments about students needing to be more quiet and show more self-control. I tend to be more lax on classroom management in this class but, as the class gets bigger (and it will get even larger next year), I need to start from the beginning and be a little more strict.

* What grade would you give Mr. Ferlazzo as a teacher? What does he do well and what can he improve?: Everyone gave me an A or A+. Here are some comments: “he makes difficult concepts understandable in a fun way”; “he’s nice”; “he can improve how he controls the class”

* Are there ways you think that what you learned in this class can help you in the future?: “It will help me keep my mind open and to accepting new ideas, cultures, traditions, languages and beliefs”; “I’ll be a better writer and presenter”

Theory of Knowledge is a great class and I’m excited that, for the first time, I’ll get to teach two of them next year!

I taught English to one combined class of Beginning and Intermediate English Language Learners. Here’s the form I used.

Here are the highlights:

* Everyone except for one student said they learned “a lot” in the class.

* Two activities tied as favorite activities — “writing essays” and “computer lab.” The same two tied as “least favorite.” And the same two led under activities where students learned the most.

* Everyone said the pace was “just right.”

This class went very well, and it was helped greatly by having talented student teachers. I hope I have the same help next year!

So, that’s my round-up for this year. It was a good one, and I’m also ready for summer break!

“Best” Lists Of The Week: Teaching With Movies & Video Clips