The Best and Worst Education News of 2014 — So Far 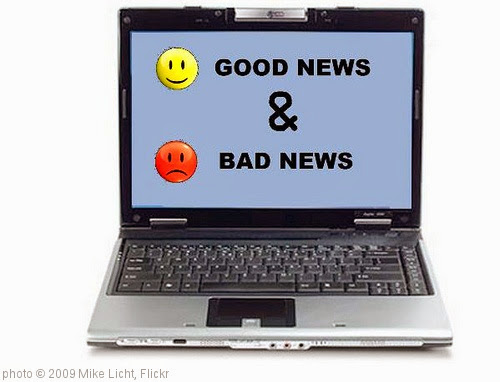 I always do a year-end “Best & Worst” round-up of ed news, and I also often do a preliminary mid-year summary.

June is a good time for it, and here it is — not ranking in any order….

I hope readers will let me know if they agree or disagree, and also share what they think I missed.

Best and worst education news of 2013

* A new study from well-respected researchers Morgan S. Polikoff and Andrew C. Porter came out raising serious questions about the validity of using Value-Added Measures for teacher evaluation, and received extensive media attention. One can only hope that not too many more nails are now needed to permanently shut VAM’s coffin.

* Ras Baraka was elected mayor of Newark, New Jersey, with opposition to the state’s “One Newark” reform plan for that city’s schools. That particular over-reach by reformers was highlighted in a devastating New Yorker piece titled “Cory Booker, Chris Christie, and Mark Zuckerberg had a plan to reform Newark’s schools. They got an education.”

* A school district in Kentucky received national attention for its development of performance-based assessments as alternatives to standardized tests.

* inBloom, the Gates Foundation-funded student data collection and storage system, closed up shop in the face of overwhelming opposition from parents and other privacy advocates. In a final unsurprising act of hubris, they blamed everybody but themselves and their funders for their failure.

* Strong advocates of teacher leadership and vehement opponents of many elements of school reformers’ agenda were elected Presidents of the Los Angeles and Massachusetts teachers unions.

* The Sacramento City School District became the first district to jump off the sinking ship of the unwise waiver given to eight California districts from No Child Left Behind. Shortly after its departure, the U.S. Department of Education issued a scathing report on the work of the multi-district consortium. Perhaps Secretary Duncan might learn its best to leave us alone out here in California.

* The teachers union in St. Paul, Minnesota continued to demonstrate a national model of family engagement as they garnered a new contract with tremendous support from parents.

* Teachers in Tennessee were successful in getting a state law revoked that said lack of growth in student test scores could be a reason to take away a teacher’s license.

* The Gates Foundation might — just might — be signaling that it’s re-evaluating support for some of their most destructive education policies. They have urged a two-year delay in using standardized test results in teacher evaluations and have been making some thoughtful decisions as they renew their involvement in California. Reactions to their moves ranges from support, to suspicion, to somwhere in-between.

* The courts have ruled that the Los Angeles school district does not have to release teachers’ names with performance rankings, which was a nice rebuke to the newspaper that began the destructive trend of publishing those kinds of results.

* Learning about the Vergara court decision in California was a bad way to end the school year for teachers as the judge decided that tenure and due process for us was the cause of school woes, not poverty, lack of resources for schools in underserved communities, or professional support.

* Social Emotional Learning threatens to become just another in a long line of good ideas manipulated and used by school reformers in harmful ways. More and more, it’s being used as a substitute to providing adequate resources and even being used to evaluate prospective teachers.

* The state of Florida became the poster-child for how to do teacher evaluations in most inaccurate and destructive way.

* President Obama announced he wants to start ranking colleges and doing other things he’s been doing to K-12 schools for years. It’s all very bad stuff, though it would have been nice to hear the outrage now being voiced by college presidents said by them when we were being attacked.

* A kindergarten play in New York was canceled by the school because it wouldn’t help make the students “college and career” ready.

* A video from a Chicago professional development session showed why teachers are going out of their minds.

* The North Carolina state legislature continues to lead the way in identifying new ways to make teachers want to leave the state. Other states take advantage of the opportunity to hold job fairs in North Carolina.

The Most Important “In-Between” Education News Of 2014 — So Far:

There have been two big education news events this year that I don’t think fit into either the “best” or the “worst” categories, but still need to be noted:

* The Common Core Standards continue to be under attack, with a few states withdrawing their support. In the long run, I don’t think the Standards themselves or state opposition is going to make that big of a difference in what we do in our classrooms. However, I am appreciative that it’s bringing additional light to the role of unaccountable private foundations in shaping education policies.

* A major new redesign of the SAT was announced. Again, I’m not sure how big of a difference that’s going to make to us or to our students…

Comparing The Candidates On Education