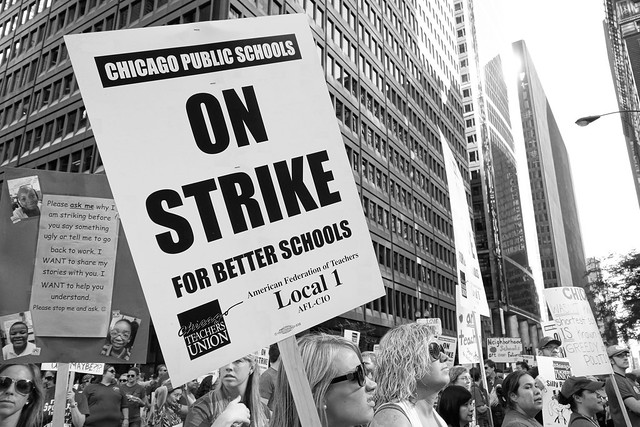 I’m behind on posting since I went to Washington, D.C. for a meeting with Education Week writers, but I’m frantically trying to catch-up.

Here are some recent useful posts and articles on education policy issues:

Common Core’s testing framework is crumbling is from The Washington Post. I’m adding it to The Best Resources For Learning About The “Next Generation” Of State Testing.

Is this really how we should test reading development in kids? is from The Washington Post. I’m adding it to The Best Resources For Learning About Effective Student & Teacher Assessments.

Michelle Rhee and Jack Schneider have had a ten week dialogue over at Education Week, and their discussion has come to an end. However, Rhee finished with quite a doozy, saying that she thinks Kevin Johnson (her husband and mayor of our fair city) — of all people — should be the next U.S. Secretary of Education.

Survey: Teachers Worldwide Seek More Opportunities for Collaboration is from Ed Week. I’m adding it to The Best Posts & Articles About The Importance Of Teacher (& Student) Working Conditions.

Three Stories Hidden in OECD Survey of U.S. Teachers by Emily Richmond is another story on the same survey. I’m adding it to that list, as well.

Debate Intensifies over Value-Added Research is from The National Education Policy Center and provides a good critique of the infamous Chetty study on VAM. I’m adding it to The Best Posts On The NY Times-Featured Teacher Effectiveness Study, where you can many other commentaries on the same research.

Opinion: Blaming Tenure May Be Free But it’s a Cheap Shot is a very good piece in SchoolBook. I’m adding it to California Court Rules It’s All The Teachers’ Fault, which is where I’ve collected other reactions to the Vergara verdict.

Here are two important stories on the well-publicized move by Starbucks to provide college classes to their employees:

Starbucks baristudents should beware the green mermaid bearing gifts is from The Guardian.

Beware of Frappucino U is from The EduOptimists.

“‘Superman’ Offers Mirage, Not A Miracle”