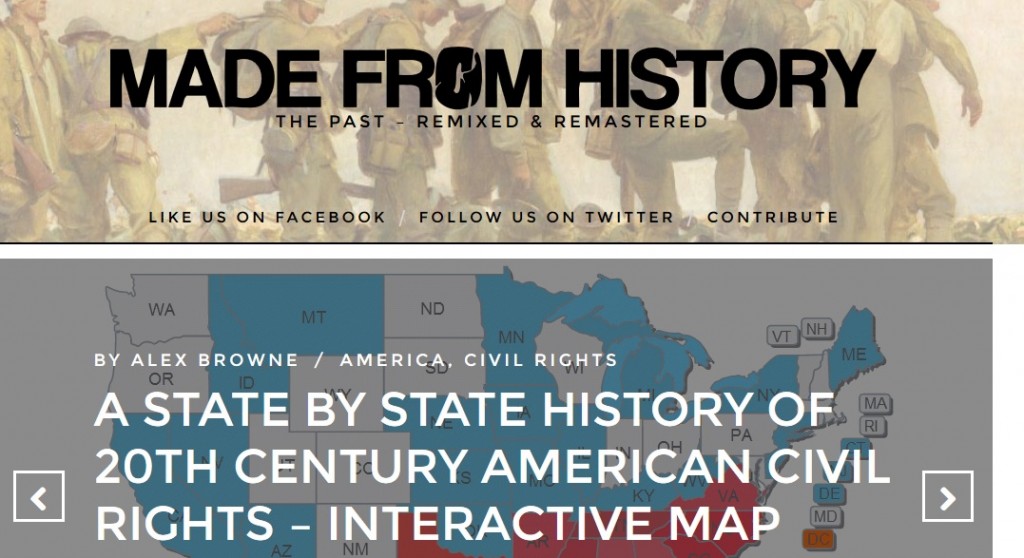 The BBC has tons of great resources for use in the classroom, including in the Social Studies areas. You can find many of their sites on multiple “The Best” lists.

I was particularly excited earlier this year when they unveiled the first in what they declared to be a series of “iWonder Guides” — one on World War 1. I immediately added it to The Best Resources For Learning About World War I.

I’m not complaining about the resources — they all seem topnotch. I’m just a little confused about how and if they’re all connected. The bottom line, though, is that Made From History will definitely be on my end-of-the-year Best list for Social Studies sites.

I’m adding the Made From History World War One site to my related “Best” list on WWI.

I’m adding the Made From History World War Two site to The Best Online Resources For Teaching & Learning About World War II.

They also have a Made From History Civil Rights site. It, too, looks excellent. I’m adding it to The Best Websites To Teach & Learn About African-American History.

The site also seems to publish various other tools, like A Visual History of Why Americans Celebrate 4th July, which I’m adding to The Best Websites For Learning About The Fourth Of July.

New Additions To “The Best…” List On Nobel Peace Prize

The Best Videos For Teaching & Learning About Inflation