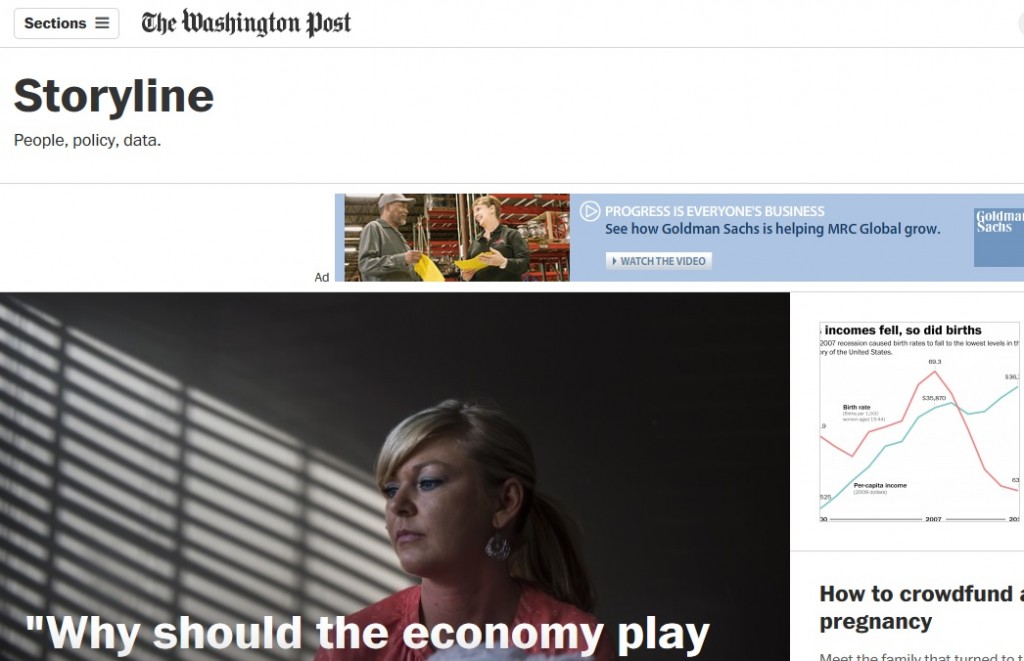 Today, Storyline opened up for business.

The content looks great, and will be very accessible to students — unlike Vox (which I like a lot), Storyline’s pieces look like they’ll be very short — almost “bitesize.” They say they’ll be focusing on a few themes each day with several short pieces, including infographics, on each theme.

The only negative I see, and it’s a sizable one, is that the lay-out is atrocious. They have a separate post trying to explain it, but it’s all just too confusing. In fact, once you click on one story, I couldn’t even find a way to get back to the home page. I think this is an example of designers being too cute for their own good in a misguided effort to differentiate themselves from other sites.

However, I expect that they’ll get enough negative feedback to make corrections pretty soon.

I’m sure it will be a source of useful classroom material in the upcoming year.

Video: “10 Secrets From Benjamin Franklin’s Daily Schedule that Will Double Your Productivity”